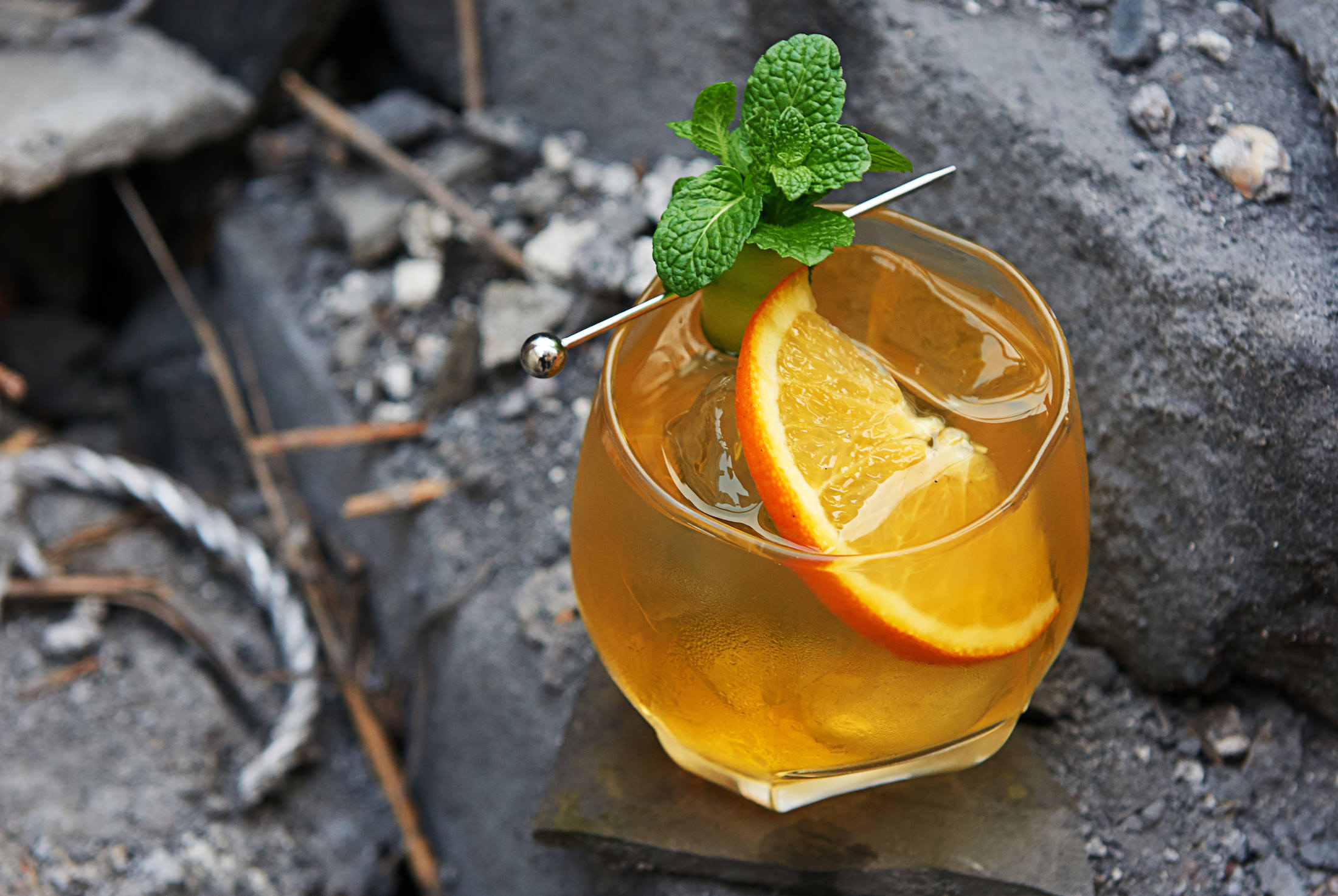 A war-winning hangover cure from Cairo by a not-so-average Joe. By Seamus Harris.

Destiny occasionally demands we step away from the bar, deal with a spot of bother, then retreat to the shade with a fresh beverage. Such was the case in Egypt in 1942. The bully in the schoolyard was Nazism. Hitler’s armies had swept through Europe and into Africa. Revered German field marshal Erwin Rommel was priming his panzers to pounce on the Suez Canal and thus cut off Britain’s supply of Middle Eastern oil. Cool heads were called for. And who better to cool those heads than Egyptian bartender-polyglot Joe Scialom?

Born in Cairo in 1910, Scialom – pronounced “Sha-lom” – was a Jew of Italian extraction who studied pharmacy in France and worked as a chemist in Sudan. Finding mixology a stimulating form of applied chemistry, he later drifted into bartending. Little remembered today, Scialom was one of the most famous barkeeps of the mid-20th century. For more than a decade he was a fixture behind the bar at Shepheard’s Hotel in Cairo – then one of the most opulent hotel bars in the Near East. Fluent in eight languages, “Joe the Bartender”, as he was affectionately known, served so many heads of state that he was once imprisoned and expelled for espionage by the Egyptian government. The experience inspired his personal motto: “Mix well, but shake politics”.

Fluent in eight languages, Joe Scialom served so many heads of state that he was once imprisoned for espionage. The experience inspired his personal motto. “Mix well but shake politics”.

Scialom’s reputation was established in World War II when he lubricated British soldiers as they defended Egypt from Nazi invasion. One of the most significant episodes was the Battle of El Alamein in 1942. Martial success depends on lines of supply. While the US poured in tanks and other necessities, Scialom scrambled to rally the parched troops despite wrestling a shortage of liquor. He coolly improvised. Cobbling together gin, some dubious Cypriot brandy, bitters, lime and ginger beer, The Suffering Bastard was born. Kind of like a drier, spicier precursor to the Long Island Iced Tea, Scialom’s oddly refreshing gloom-lifter clearly worked. British morale restored, the Germans were routed at El Alamein, chased out of Africa, then harried the length of Italy until they surrendered in Berlin. A major turning point in the war, said Winston Churchill: “Before El Alamein, we never had a victory. After El Alamein, we never had a defeat.”

After triumph in the Middle East, the Suffering Bastard retired to tour the world’s tiki bars, its personality evolving en route. Genteel civilians rechristened the magic potion the Suffering Bar Steward. Then, somehow, a bourbon variant became the international standard. Nobody is sure how, or why. Perhaps because Scialom himself introduced bourbon through a pair of variants: the Dying Bastard and Dead Bastard. Intended as a kind of bibulous trilogy for ingestion in a single sitting, each drink adds an extra liquor to the base formula – the first is gin and brandy; the second is gin, brandy and bourbon; the third gin, brandy, bourbon and rum – with little space for ginger beer. Scialom’s stint as an international beverage consultant, mostly in the Americas, could have been another factor leading to the displacement of brandy. On the other hand, he may simply have been acting in the best traditions of tiki bartending – deliberately skewing his recipes to throw off imitators. However it happened, it was a fitting twist for a war-time cocktail. Nothing roars Anglo-American co-operation quite so succinctly as the unlikely harmony of English gin and American whiskey.

1937 Joe Scialom digs in behind the bar at Shepheard’s Hotel. While no exact date is known, the Suffering Bastard is almost certainly wetting British glasses before the Battle of El Alamein in 1942. The drink was a fixture at Shepheard’s by 1943 when a US officer writes home: “At Shepheard’s they have a rum and gin drink called ‘Suffering Bastard’ and very appropriate; it’s a stiffy.” Recipe variants were evidently already part of Scialom’s repertoire…

1947 The Suffering Bastard goes international. The start of a string of high-profile media appearances spanning the 1940s to the 1970s, Esquire reports on the drink and its creator in 1947. This time, Scialom provides a gin and bourbon version.

1957 Scialom is hired to manage the bar at the Hilton in Puerto Rico. He follows this with a brief stint at the Hilton in Havana, Cuba, until he is chased out of town by Fidel Castro and his communist revolutionaries in 1959. He continues to open bars around the world for Hilton until his retirement.

1960s-1970s The Suffering Bastard goes mainstream. Trader Vic’s, a tiki-bar chain in the US, holds a patent for a Suffering Bastard mug but its variant, essentially a Mai Tai with a larger dose of rum and a cucumber strip, is so different to the original as to be unrecognisable.

2004 The creator of the Suffering Bastard and other drinks such as The Perfect Diplomat, One for the World, Yeah Da Si Oui, Tropical Itch and the No Nyet Non, dies in the US.

2010 Colette Roy, Scialom’s daughter, co-hosts a seminar alongside cocktail historian Jeff “Beachbum” Berry in homage of her late father at Tales of the Cocktail. At the event, Berry claimed that Scialom, at one time, “was the most famous bartender in the world”.