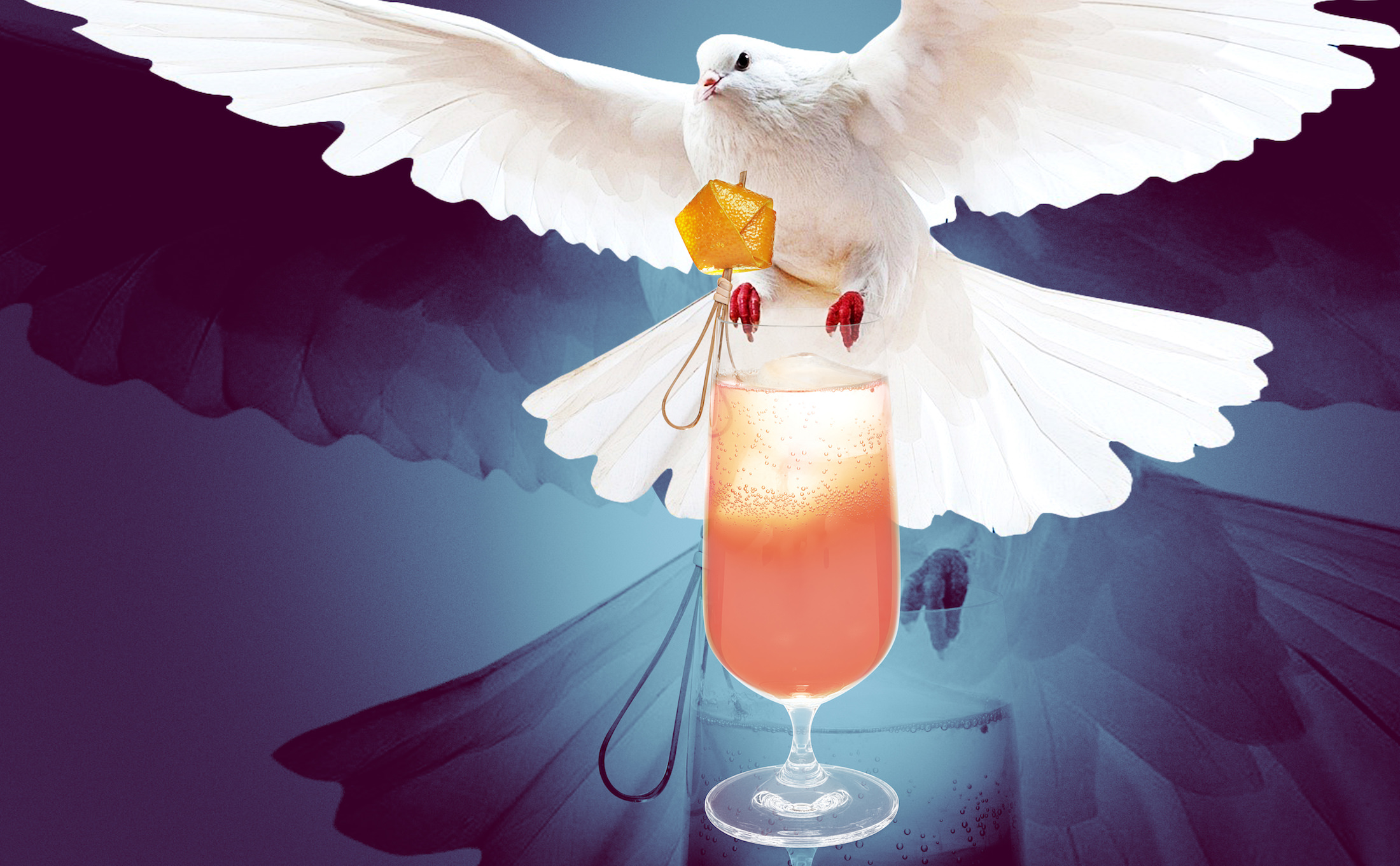 While tourists fight – and lose – against the Margarita, Mexicans themselves lean back with a Paloma. Seamus Harris is seduced by tequila’s softer side.

There are visitor drinks, and then there are local drinks. New Orleans may be the home of the Hurricane, but the storm chasers swirling through Bourbon Street all come from out of town. Locals prefer the more gentile Sazerac. Slip across the border to Mexico and the story is similar. Margarita madness strikes tourists from the north, and many go down in a blaze of glory. But those who actually live south of the Rio Grande must play the long game. Whether slinging guns or slinging tequila, it’s all about the last man standing – el último hombre. Locals stack the deck in their favour with the Paloma.

Parched throats caked with desert dust, lawless roads leading places no sane person has business going, scorpions so big they give rattlesnakes nightmares, whole civilisations lost to the steamy jungle, tourists delirious with thirst, and tequila – every day, more tequila. Getting around in Mexico can mean lurching from one hazard to another, and survival rests on a quenching refresher that can keep one simultaneously hydrated, nourished and cognisant. The Paloma is the solution, and sees the ancient and versatile agave, sacred to the Aztec goddess Mayahuel, bathe in a cooling pool of bitter-sweet effervescence – courtesy of 20th-century soda technology. Unlike in the first fateful encounter between Mezoamerica and Europe, this time everyone wins. A session drink that showcases agave’s softer side, the Paloma is ideal for an evening spent peacefully with friends. Appropriately, “paloma” means dove in Spanish.

While internationally the Paloma lives in the shadow of the Margarita, in Mexico, it reigns supreme.

The origins of the Paloma are lost in the haze of the recent past. Specifically, the Paloma is a stripped down Margarita made into a long drink with grapefruit soda. Since grapefruit soda is a mid-20th-century invention, this makes the Paloma relatively young. But no credible story is attached to its invention. Regardless of how it came to be, the potion is based on the principle that, while the marriage of tequila and lime is hallowed, a threesome can still be healthy – at least when grapefruit is the third party. A mysterious alchemy occurs when grapefruit soda meets the raucous and vegetal notes of tequila: the result is deliciously thirst-quenching, packed full of flavour, with a pleasing bitter tingle.

There is another Mexican Paloma, the song by 19th-century Spanish composer Sebastián Iradier. Everybody knows the tune. It is the one that film directors use to signal that the action has moved south of the Rio Grande. Cuba inspired Iradier’s song, but Mexico was where it became a popular hit, enjoyed by everyone from the unfortunate Emperor Maximilian to Pancho Villa’s revolutionaries. From Mexico the song spread globally. It was one of the first universal hits, among the earliest commercial recordings, and came to be recognised and enjoyed everywhere from Afghanistan to Zanzibar – often blending with local folk music. Unlike the famous song, the Paloma cocktail remains relatively obscure. Only in Mexico does the Paloma (cocktail version) rule supreme, while internationally it lives in the shadow of the Margarita. Somehow this just seems wrong. Time for a new Mexican Revolution?

1938 The world is introduced to grapefruit soda as Herb Bishop, a soft-drink entrepreneur from Phoenix, Arizona, launches the Squirt brand. Mixed drinks are about to become more delicious. Good things take time, though, and there is no evidence Squirt was immediately mixed with tequila. However, with war in Europe causing shortages of traditional spirits, tequila enjoyed a surge in popularity in the United States just as Herb’s soda was hitting the market, so anything is possible…

1950sThis decade was a boom time for rapidly modernising Mexico, and both rumour and fact place the invention of the Paloma hereabouts. One rumour involves the American Evan Harrison, who in 1953 is said to have written a pamphlet entitled Popular Cocktails of the Rio Grande that contained the first written reference to the Paloma. Problem is that nobody seems to have located this pamphlet, and even Evan Harrison’s identity is a mystery. Another story credits the drink to Don Javier, the owner of the legendary La Capilla, a bar that opened its doors in the town of Tequila, Jalisco in 1958. Again there is no evidence to back the story up. However, the facts still place the Paloma somewhere in this decade. Squirt launched in the Mexican market in 1955, surely putting it on collision course with tequila. The manufacturers of Squirt claim the first Paloma and have a strong case. Incidentally, bottled sodas were exploding in popularity in Mexico during this decade, and the iconic Jarritos brand launched in 1950 with coffee and tamarind flavours – grapefruit only came later.

1970–1980s The 1968 Olympics give tequila a brief moment in the international spotlight, but cocktails such as the Margarita and Tequila Sunrise are what keep it there permanently. Agave becomes a workhorse of mainstream global drinking, and exports of tequila boom. Tequila’s image remains mostly that of a party drink, but ultra premium tequilas gather force from the 1980s. Strangely, despite the strong interest in tequila, the Paloma remains relatively unknown outside Mexico.

2000sWith growing interest in cocktails, the Paloma finally starts to get the international attention it deserves. The drink becomes a fixture of quality bars across North America, and numerous creative variations appear. One simple variation I have enjoyed in Shanghai is Paloma Mi Amante, which puts a fruity spin on things through strawberry infused tequila. The Piquant Paloma spices things up with Tabasco, sweetens the heat with elderflower liqueur and a peach slice, and adds grapefruit bitters as the final flourish. The Charred Paloma uses juice from roasted grapefruit slices to concentrate the sugars, increase the bitterness, and thus intensify the flavours. Plenty of scope exists for experimentation.