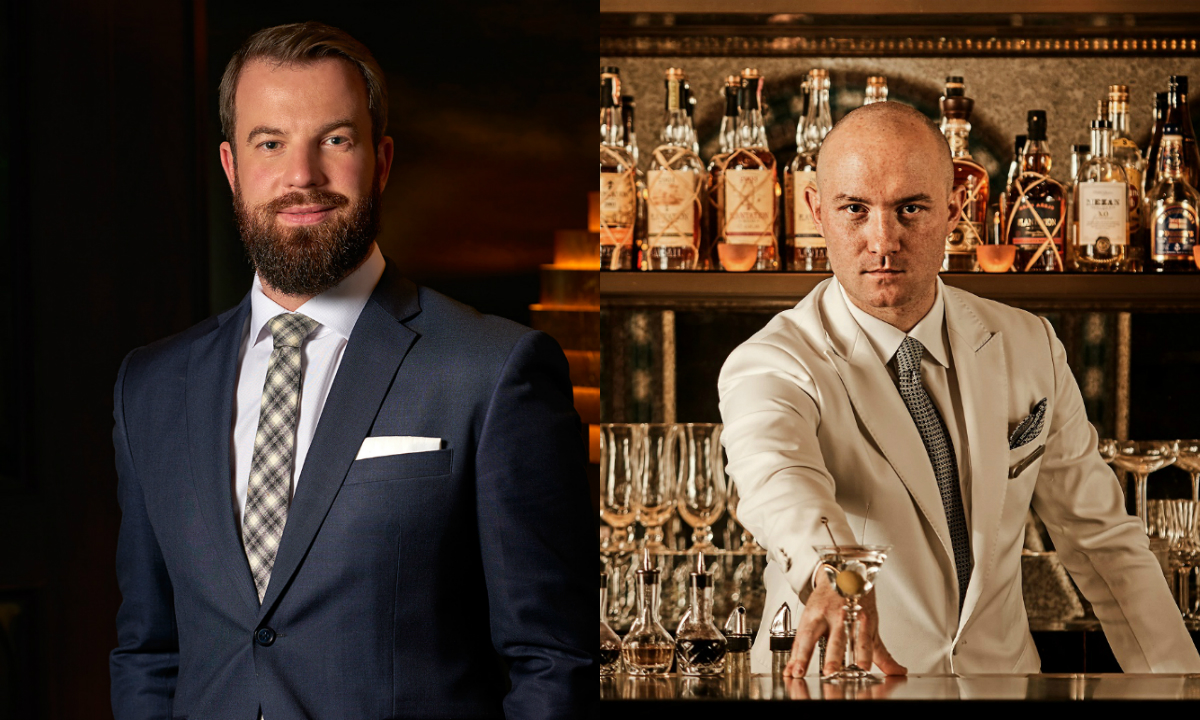 The Charles H and Manhattan stars will be relocating with Four Seasons and new roles. By Holly Graham.

Lorenzo Antinori and Philip Bischoff of Charles H, Seoul and Manhattan, Singapore announced their departures from their respective award winning hotel bars on social media this weekend and gave DRiNK all the details.

Philip will be relocating to Bangkok to become the beverage manager of the soon-to-open Four Seasons property there, and Lorenzo will be taking on the same role over at Four Seasons Hong Kong. On top of their home base roles, Four Seasons has appointed the pair as beverage ambassadors for Four Seasons APAC.

Philip will be going out with a bang, celebrating his last shift at Manhattan on December 31, and relocating to Bangkok in April – where the new property is due to open in autumn 2019. “I’ll have the pleasure of overseeing the whole beverage programme,” he explains, “which includes several restaurants and a destination bar, which we’re finalising the concept for. All will be revealed soon! It’s a new role for me and of course I’m very excited”

As well as Thailand, Philip will be covering Indonesia, India, Australia, Maldives, Singapore and Malaysia, but will be based in Bangkok as part of his beverage ambassador role. On his appointment, Philip says: “Destination bars are something worth exploring so Four Seasons created these regional roles for Lorenzo and I to take care of their beverage concepts. Over the last couple of years, we’ve seen bars like Charles H, Manhattan and Bar Trigona doing really well by being more than just a hotel bar.”

Philip points out that the bars aren’t necessarily after 50 Best Bars fame saying: “We want to create fantastic guest experiences, but if they get recognised on the lists, then even better!”

Lorenzo will be leaving Seoul at the end of January to relocate to Hong Kong and become the beverage manager of the Four Seasons property there, which collectively holds eight Michelin stars. “No pressure then!” laughs Lorenzo. “But seriously, I’m really excited to become a part of Hong Kong’s amazing bar community, help create a destination bar in the property and collaborate with the extremely talented chefs.”

As part of his beverage ambassador coverage, Lorenzo will also be taking care of properties in China, Japan and Korea. “My baby Charles H will still be under my wing thankfully! The ambassador role is going to require a lot of work but I think it’s fantastic that Four Seasons are continuing to push the boundaries of f&b, especially looking at destination bars and their key role in hotels. With our expertise and creativity, we hope to take those bar experiences to the next level.”

Echoing Philip’s sentiment, Lorenzo will strive to create high quality experiences and acknowledges that 50 Best Bars lists are great, but more importantly, they want to create experiences that exceeds expectations.

The pair are very much looking forward to working together with Lorenzo commenting: “It’s an honour to work with Phil – I’m going to learn a lot from him.” and Philip returning the compliment saying, “What Lorenzo has done with Charles H is amazing, and I think it’s great Four Seasons has chosen us to lead its beverage programmes in a new direction. It feels good to be able to create something like this.”

These were the new bars we loved in 2018

These were the new China bars we loved in 2018