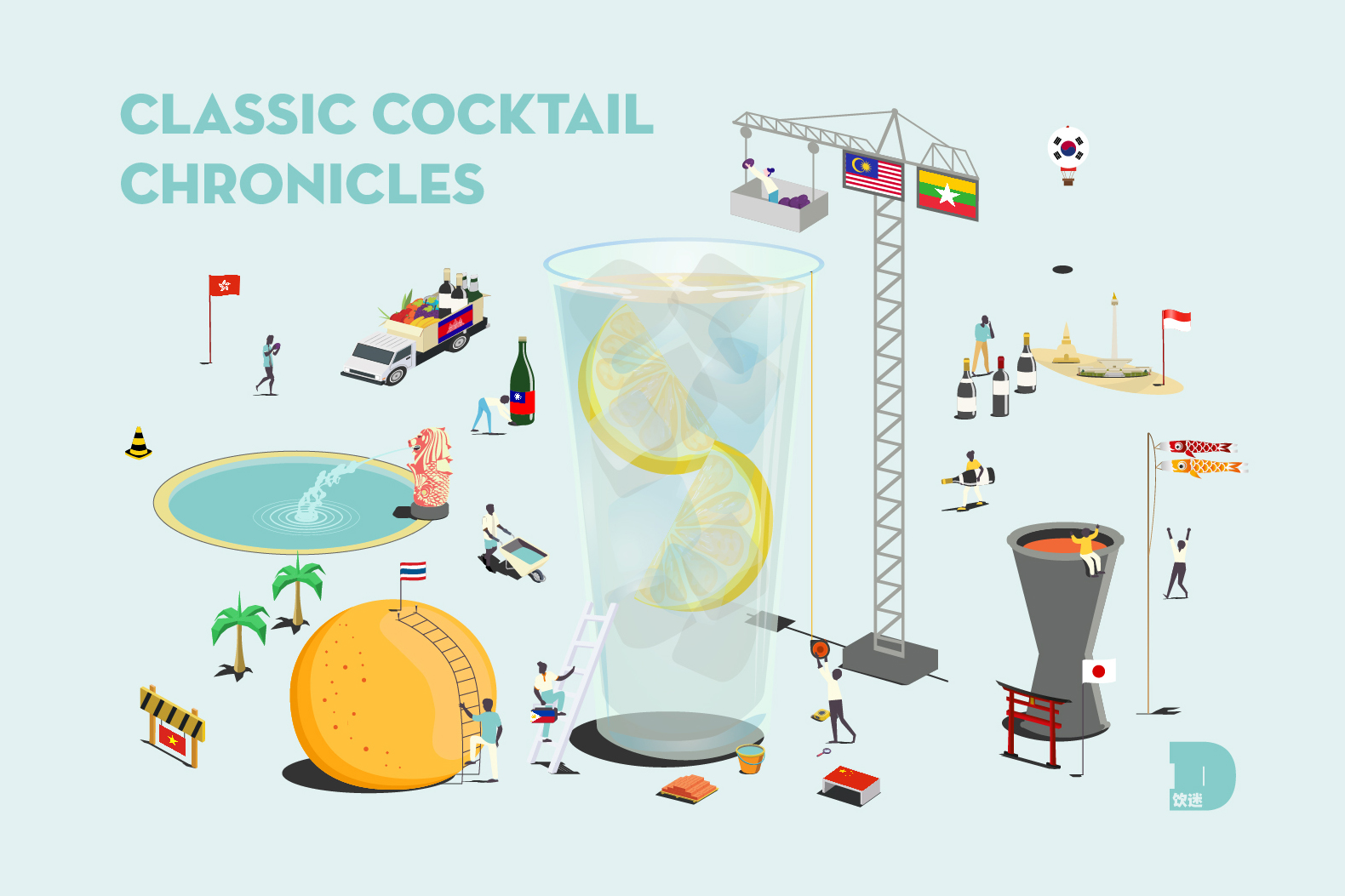 Get ready to dig through history and champion a recipe that was first created in your city or country. By Holly Graham.

When it comes to classic cocktails representing Asia, Singapore has the Singapore Sling, Myanmar gave the world the Pegu Club and Malaysia has found recent fame through the Jungle Bird. For other Asian bar scenes, a classic cocktail that will forever be associated with that place is either up for debate or simply doesn’t exist yet… up until now.

DRiNK Magazine today launches a brand new regional search – The Classic Cocktail Chronicles – to uncover classic recipes that bartenders around Asia feel best represent their city or country. We want you to start digging through history or talk to previous generations of bartenders, to find old or modern classics that were created for the first time in your location, and that you and your bartender community reckon deserve more attention globally.

The idea was first shared with us by Angel Ji in Kuala Lumpur, who had begun a conversation with different bartender groups in Indonesia and Vietnam, as well as Malaysia, wondering if any other classic regional cocktails existed like the Jungle Bird. Kiki Moka, from the Union Group in Jakarta, came back saying that many Indonesian bartenders would claim the Bir Petok was their classic cocktail – a drink we’d never heard of. But don’t worry, we’ve fixed that now: read the interview with Kiki to get the full story here.

But what about for the rest of Asia? Surely there too, someone – probably a bartender – must know about a classic drink, maybe not well known at the moment, but with the help of a good story, could soon be shared globally to celebrate their city or country?

So, this is how The Classic Cocktail Chronicles is going to work: we want you, the bartenders on the ground, to research or re-discover long-lost or previously ignored recipes that were first created in your region. We encourage you to explore previous decades of local cocktail culture, and unearth drinks from your local history – bringing them back to life.

Most of all, we want you to have fun. We’re not demanding a huge time commitment (unless you want to) or for you to pimp out a competition cocktail from bar to bar – it just needs some curiosity and an interest in your past. Later, once you’ve had a chance to do some research, we’ll release a submission form for bartenders to write down any drink they think fits the bill, asking you to share the name, the story behind the drink, its ingredients and recipe. When each country or city has gathered enough submissions, we’ll encourage bartenders in that market to get together as a voting panel and taste these recipes (adding any modernising tweaks they might recommend). It will then be up to those bartenders themselves to decide which cocktail most deserves to be recognised.

If you want inspiration, read our history of the Singapore Sling here, the Pegu Club here – or that story with Kiki Moka, explaining how the Bir Pletok was first created by Hamami Mamiek, a bartender at the Hotel Indonesia in Jakarata, at the request of President Soekarno, who wanted a new cocktail to help celebrate the 1962 Asian Games. We’ve already had two bartenders offer some ideas on how to tweak a relatively unknown Hong Kong classic.

To enter, email the following to editor@drinkmagazine.asia –

Once chosen – making that drink their unofficial classic – what does the person who first told us about the drink receive? Well, bragging rights to start, then a feature on the cocktail right here on DRiNK to help it become more internationally famous, and of course, the chance to be written into the cocktail history of your region. And Singapore, Malaysia and Myanmar – bartenders there are more than welcome to throw an alternative drink into the mix too. We look forward to all discovering some great new drinks!