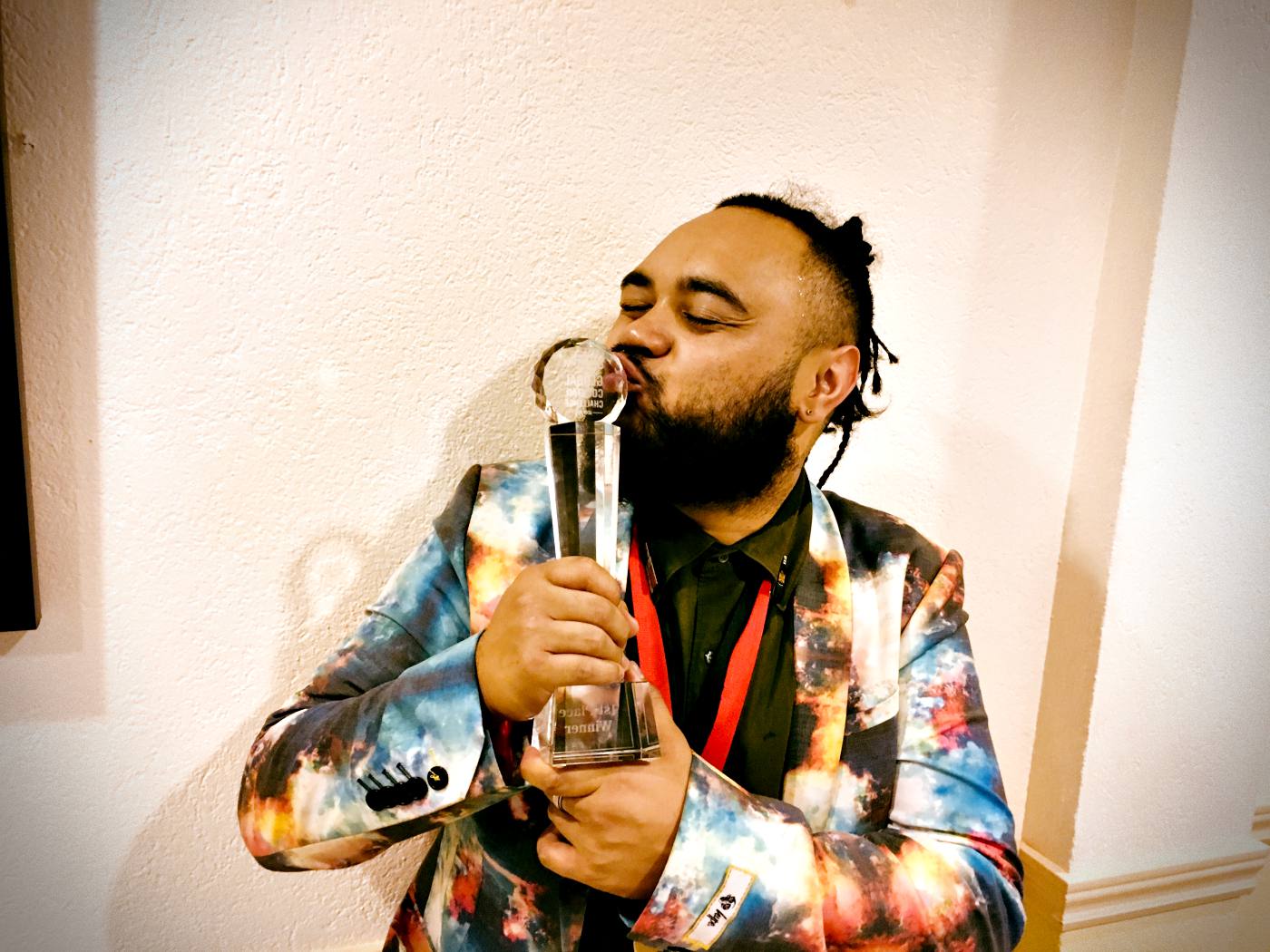 Unsurprisingly, when faced with the rather large responsibility of handing a bartender what must be the biggest cash prize available on the international competition circuit, as well as a two-year job as Angostura rum’s new global brand ambassador, the judges took some time reaching a decision. But on Sunday February 11, halfway through a barmy week-long trip to Trinidad, New Zealand’s Ray Letoa scooped the 2018 Angostura Global Cocktail Competition title, a 10,000 USD pot, and an itinerary for the next 24 months of his life that will likely include 175 countries.

The judges, lead by Mike Ryan, director of bars for Kimpton Hotels, plus global bar personalities Monica Berg and JJ Goodman, Angostura master blender Carol Homer-Caesar, and Neal Ramdhan, the Trinidadian winner of the 2016 AGCC, took well over an hour to pick Letoa ahead of the 10 other bartenders (including – gutted! – the winner of the Asia regional final Joshua Ivanovic, representing Malaysia). “It was really tough,” said Ryan. “When we got into the technical part of the competition we saw some really interesting surprises. And at the end of the day, when it came down to the top three, the points difference was tiny.”

1. Chopsticks for the win.
Letoa, who works at the bar at the Roxy cinema in Wellington, stirred both his drinks and didn’t even bother with a barspoon. Instead he rocked up with a chopstick. “I wanted my cocktails to be able to be made by you or anyone else. There were definitely bartenders here who can outwit me in terms of technique, but I just want to show that I’m one of the people.” For Ryan, it gave the judges something to think about: “It was risky. We had some judges who were taken aback by that. On the one hand, I know you own a barspoon – why are you using a chopstick? But on the other hand, it says you don’t need to be a high-end mixologist with a huge bank account and all the best new tools to be able to make really good drinks.”

2. The suit gets the loot.
“At the end of the day, I need to cover my private parts and my nipples! But I still want to wear something that exudes my personality,” said Letoa. “My partner said ‘Wear this – it will make an impression.’” It certainly did, and for a rum brand that itself is imbued with the energy and personality of Trindad, it was the right impression to leave printed on the judges’ retinas. “Now I’m going to have to get more made.”

3. Don’t go crazy.
“My two drinks were really simple,” explained Letoa. “The rum drink was based on Angostura 1824 with chilli-infused PX sherry, and showed off how well it pairs with the chocolate garnish, while the Amaro di Angosura drink showed off the versatility of that product.” That second drink featured pineapple and a coffee liqueur foam, but Ryan still agreed it was a minimalist approach – ultimately which helped Letoa keep control over the delivery of his drinks. “There wasn’t a lot of crazy, over-the-top presentation,” said Ryan.

4. Time waits for no man (or comp bartender).
The AGCC format gave bartenders seven minutes to make two each of their two recipes, four drinks in total. Easy in a bar, you say; not so easy when you’ve got to communicate your inspiration behind the cocktails and showcase everything you know about the brand’s story. With Monica Berg in charge of technical judging, and coming down hard on over-running presentations, a few finalists lost valuable points over a simple matter of seconds. “It’s like a commercial but you have to show a movie,” reckoned Letoa. “That’s the hard part. A lot of people think they can make four cocktails in seven minutes, but try explaining it and breaking it down, showing them what you’re seeing and feeling.”

5. Test of character.
For this particular set-up, the judges were also asked to interview all the bartenders the day before the technical challenge, with a significant portion of the overall points awarded according to how well each finalist sold themselves as a potential global brand ambassador. When dealing with incredibly close scores, judges usually decide to step back and look at the big picture, and those interviews gave them that chance. “We looked at it and said ‘Ok, who really can best represent the soul of Trinidad and the exuberance of the House of Angostura?’” explained Ryan. “When we asked that question, Ray was the only answer.”

Each bartender had to create two drinks: one with any Angostura rum, one with the Amaro di Angostura. Both had to use either Angostura Aromatic or Orange bitters. Here’s what Ray Letoa presented:

Stir all ingredients in a rocks glass with a large ice cube. Garnish with orange zest and a chilli ganache chocolate.

Whip egg white until stiff, fold in coffee liqueur and leave to side. Stir other ingredients in a rocks glass over large ice then layer over coffee foam. Lightly brulee the top of the foam and serve immediately.

The Bar Awards Bangkok announces its Top 4s for 2018