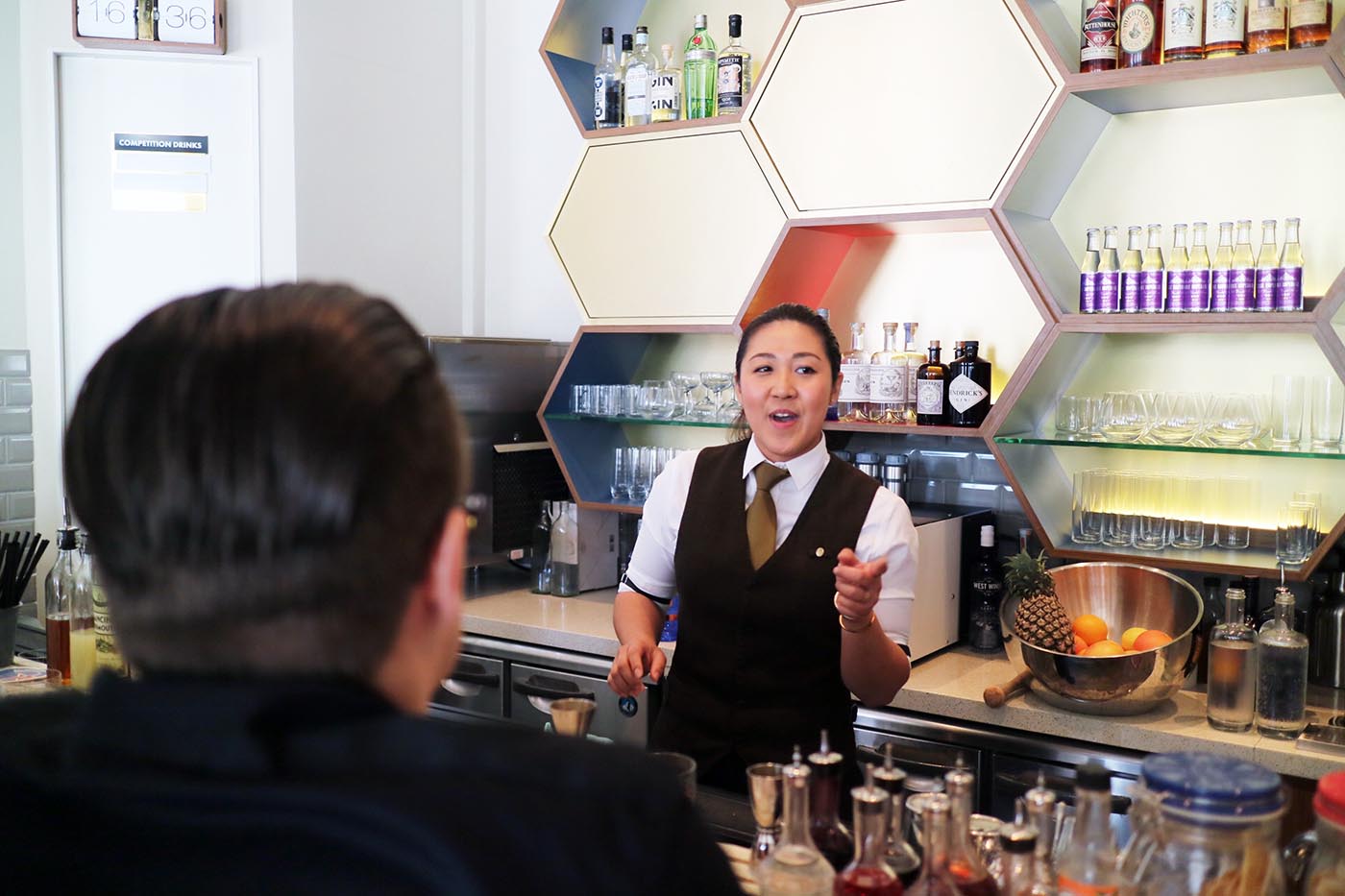 East Imperial Gin Jubilee 2017 comes to a close with the crowning of the region’s best cocktail.

After a six-city run around the region, the East Imperial Gin Jubilee came to a close with a weeklong finale in Singapore. Among the events held at a slew of bars across the city was the grand final of the Asia’s Best Gin & Tonic competition, which saw the bartender finalists take the stage at Crackerjack on December 2 to wrest the title. In the end, Imelda Ng, representing Hong Kong’s Blue Bar at the Four Seasons beat the pack to clinch this year’s regional honours.

The road to the final in Singapore began in each of the bartender’s home cities, where each competed to win the Best Gin & Tonic title for that city, with a record number of 169 bars from Auckland, Kuala Lumpur, Phnom Penh, Hong Kong, Shanghai and Singapore putting forth creative Gin & Tonics this year. The winner for each city was then decided by a combination of public social media voting and a panel of bar experts appointed in each city.

Judging the proceedings that afternoon were East Imperial Gin Jubilee founder Kevin Law-Smith, Spirited Awards American Bartender of the Year 2014 Sean Kenyon, and Tippling Club’s head bartender Joe Schofield. With no time limit imposed on their presentations, each bartender was required to demonstrate their knowledge of East Imperial’s product history, as well as serve a mixed drink that was pleasing in appearance, balance, flavour, garnish and aroma. Points were also awarded to the name and story behind each creation.

Standouts for the afternoon included Purple Aura from Shanghai, with Kenyon praising the cocktail’s combination of sage, blueberry, Old World Tonic and Sipsmith gin. Law-Smith was similarly impressed with the Singapore entry. Announced as the winner for Singapore just the evening prior, Kim from The Ritz-Carlton’s Chihuly Lounge had significantly less time than his peers to prepare for the competition, but wowed with his High Five G&T that infused omija berries and soju in the mix.

Ultimately though, the judges were unanimous in picking the Hong Kong bartender for the prize. “I thought she created a very interesting drink while remaining true to the heritage of a Gin & Tonic,” said Schofield. Much of the kudos was also heaped on her time up behind the bar. “Her presentation helped the drink,” said Kenyon. Projecting her voice to the industry crowd present with her sparkling personality, she enlisted the help of hotel group colleague Philip Bischoff to pronounce her German-named cocktail, and shared quips about her holiday-inspired Ferien G&T. The American bartender liked her energy, which was “infectious, friendly and welcoming”. Law-Smith also thought she was “the whole package. Her story, her knowledge of Burma Tonic, her use of mulled wine spices in the drink, and going next level with her colourful glittery garnishes really drove home that holiday in a G&T vibe she was going for.” Ng’s win in Singapore caps a successful year for the rising star, who also picked up the Diplomatico World Tournament trophy in Hong Kong back in February.

If you missed her cocktail at the Asia’s Best Gin & Tonic final or at Gin Lane party, tonight’s your last chance to catch her at a guest shift at 28 Hongkong Street, where she’ll be presenting a menu of her cocktails.

To see the recipes and inspirations behind the G&TS presented by this year’s Asia’s Best Gin & Tonic finalists, see our story here.