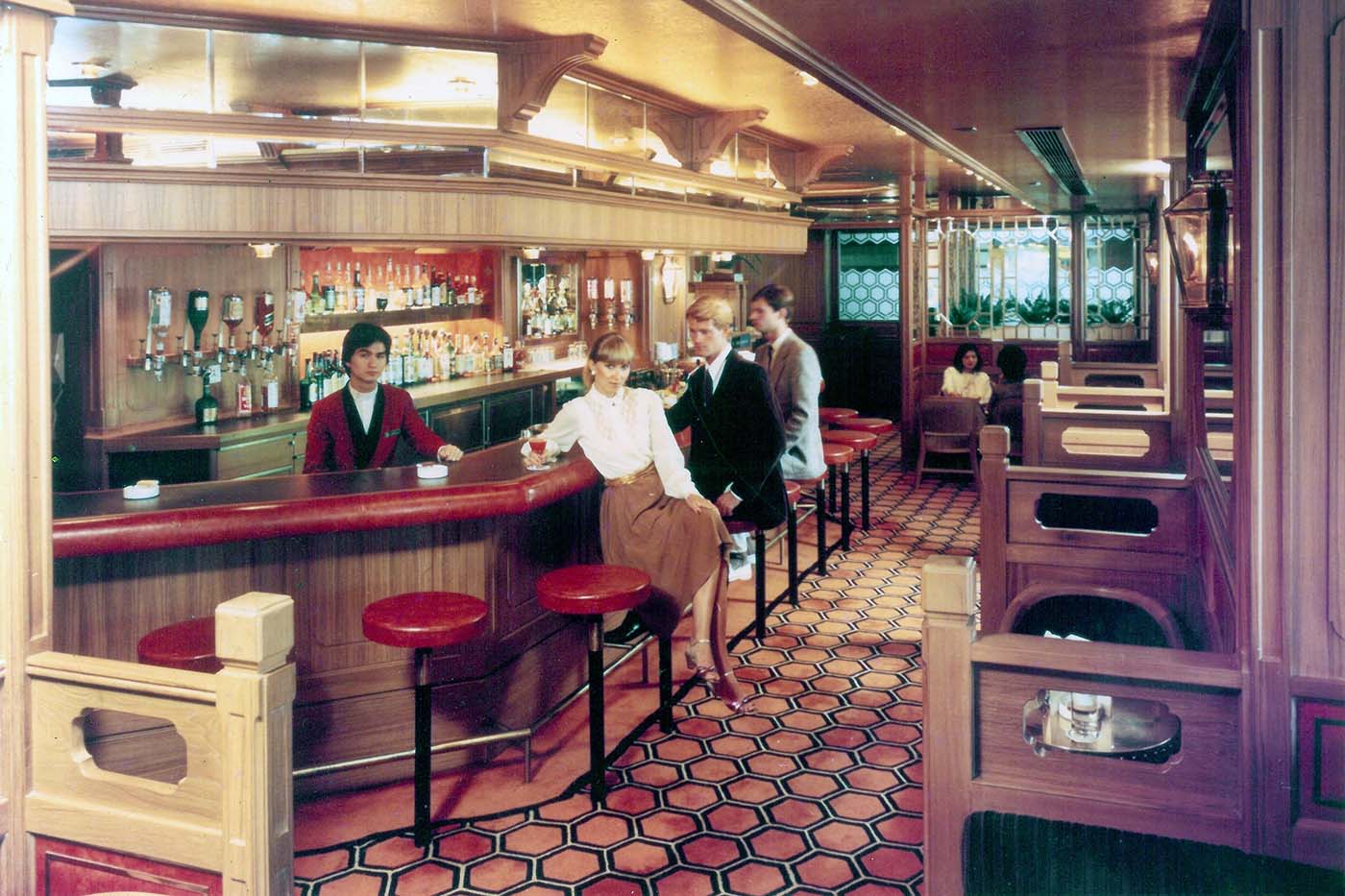 The bar world is no stranger to studying history for recipes, inspirations and stories. What’s emerging as a trend, though, are operators mining local memories to draw back sentimental guests and, at the same time, create a gateway to entice new drinkers into the world of cocktails.

Venues such as Loof (2005) and Ah Sam Cold Drink Stall (2014) in Singapore, or Yuan Yuan in Shanghai, are examples of venues in the region that have infused local flavours and inspirations into decor as well as into modern grog and grub. Yes Please, opened by Erwan Heussaff early this year, gave millenials a venue to soak up the memories from growing up in ’90s and early ’00s Manila. Good Friends Club in Penang meanwhile paired the dressed-down casual of a kopitiam with familiar-yet-new herbal tea Pat Poh Peng cocktails, kimchi-laced fries and local lingo in its branding.

Doing nostalgia differently is Lee Garden One in Hong Kong, a luxury retail and office building. Within its 53-storey glass and steel tower, the developers carved out a space to revisit the old Yum Sing Bar that once rocked the lobby of the hotel on which the tower now sits. “The owners of the site, Hysan Development, pulled down the hotel in 1994, and by 1997 built Lee Gardens. For its 20th anniversary, the chairman of the company [Irene Lee] thought, ‘Why not put together the old Yum Sing Bar?’, which was a landmark and icon from those days,” explains Mark Tung, Hysan Development’s general manager of corporate communications.

The Lee Gardens Hotel, in the Causeway Bay neighbourhood, used to be quite the social and entertainment nexus in Hong Kong, Tung explains, thanks to the company’s Lee Theatre next door. “In those days, it was probably the best known theatre in all of Southeast Asia,” he explains, of the arena developed in the 1920s. Initially built to show Chinese opera, by the 1970s the Lee Theatre had become a stage for acts such as The Bee Gees, Cliff Richard, Teresa Teng and even the finals of the 1976 Miss Universe. And with the Lee Gardens Hotel planted just next door, its performing VIPs would predictably use Yum Sing Bar as a watering hole and a place to unwind over live tunes and the plush pours of the era.

The 2017 re-creation of the space leaves little to interpretation, unlike some other rose-tinted, retrospective bars being conceptualised today. Not that the developers really needed to. “We were quite fortunate to have some old hotel memorabilia stored in one of the owners’ own warehouses,” says Tung. Referencing ten old photographs and old menus saved from the 1970s, Hysan commissioned Hong Kong arts consultancy and experience makers Chiczando to help Yum Sing Bar ride again.

“We ended up going to a lot of the older parts of Hong Kong to work with older distributors and suppliers to see if we could get our hands on some of the old glassware they used to use at the bar,” explains Sheryl Lee, founder and creative producer of Chiczando. “Same for the bartenders’ outfits, which we had to get tailored for Yum Sing.” Those ten photographs also doubled as interior design mockups for the creative team to build and furnish the venue with carpets, furniture and the built-in bar, which Tung believes, is a dead ringer for the decor of the old Yum Sing.

For the 23-day pop-up – it was initially scheduled to only go on for just seven days in September, before Hysan extended Yum Sing’s showing until October 13 thanks to the warm response – the organisers also managed to entice Rosalie Coppio, one of the bar’s star crooners from back in the day, to return to the stage ­– this time with her sons as backing musicians.

What was left to estimation, though, were the two signature cocktails they found presented in those old menus. “There was the Lee Gardens Special and The Peak, but we were clueless about what they were,” says Tung. “At first, no one in the company knew, so we had to call around to the old hotel bartenders. Eventually, we found a couple of guys who knew and remembered what the ingredients were and could teach us how to make it.”

Still insisting on a bit of hush-hush, as befits the old guard of cocktailing, Yum Sing prefers to keep mum about what else goes into the Lee Gardens Special besides gin, and won’t reveal anything more than that The Peak sports a bourbon float. But as far as accuracy goes, the new honourary Yum Sing bartenders Hovan Lam (formerly from The Peninsula Hong Kong and now a bar consultant), Jason Ho and Roy Leung (both from Seasons at Lee Garden Two) have got the nod of approval from the bar’s old custodians.

“There was a group of 60 or 70 ex-bar employees who came in one night, who worked at Yum Sing in the ’80s and ’90s,” says Tung. “And they were loving it. They were giving the new guys tips on how to make their drinks faster, and taking pictures of each other. That was really heartwarming.”

Such is the success of Yum Sing Bar that Tung and Lee are already hinting at a plan to bring it back for good. “It may not be as much of a replica as the current pop-up though,” warns Tung. Here, we see the limitations of drawing wholesale from history, and why the retro-peddling bars aren’t in a hurry to master their Grasshoppers or Blue Lagoons. “There have been people who’ve asked for one or two servings of those specials for old times’ sake, but they’re looking for new things as well,” he said. “I don’t think ’70s drinks can really make it commercially.”