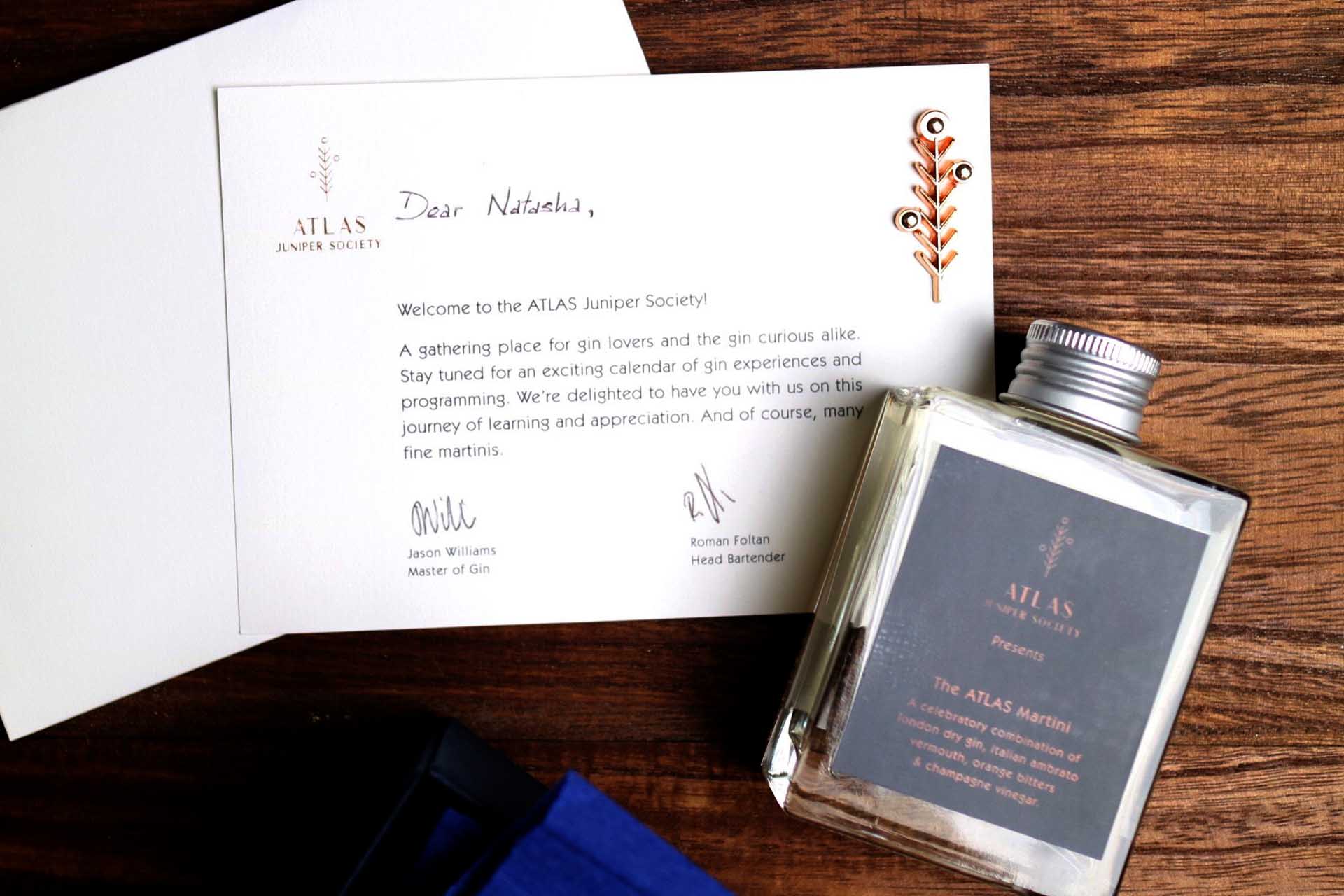 Only the gin serious may apply. By Natasha Hong.

Back in April, when we first told you about the making of one of the biggest collections of gin in the world (it now stands at over 1,010, last we heard), Atlas’s master of gin Jason Williams also dropped hints about their plans to form a clan of gin lovers that will further the bar’s commitment to growing education about and affection for the juniper spirit.

Now they’re pulling back the vines on the program. The Atlas Juniper Society, as they’ve named it, is now in business and recruiting. For a S$100 (US$74.18) sign-up fee (email info@atlasbar.sg if you’re interested), members receive a club pin, a welcome drink at the bar, and invites to events hosted by Williams, gin researcher Jonathan “Bravo” Teo or head bartender Roman Foltan. The first Tuesday of each month, dubbed #JuniperTuesday, will see Williams sharing a bottle of his favourite gin at the bar.

Also on the calendar for the coming months is the global launch of a new release from G’Vine, on October 24, with Spanish bartender David Rios sharing his affection for the spirit in an exclusive tasting. Then, on October 26, Citadelle will take centre stage, with the brand’s founder and president Alexandre Gabriel, as well as APAC brand ambassador Micaela Piccolo, unveiling the gin’s new bottles.

And as if you needed more reason to love Atlas – their reservation book still fills out way in advance – they’re also playing host to their gin dealing, American brother-in-arms Whitechapel, on September 25, from 6.30-9.30pm. Open to non-members too, the San Francisco bar’s “ginnioisseur” Keli Rivers and senior bartender Allison Webber will be taking a three-hour shift behind the bar to dish out gin cocktails on the night.

Gin Jubilee: coming to a city near you soon