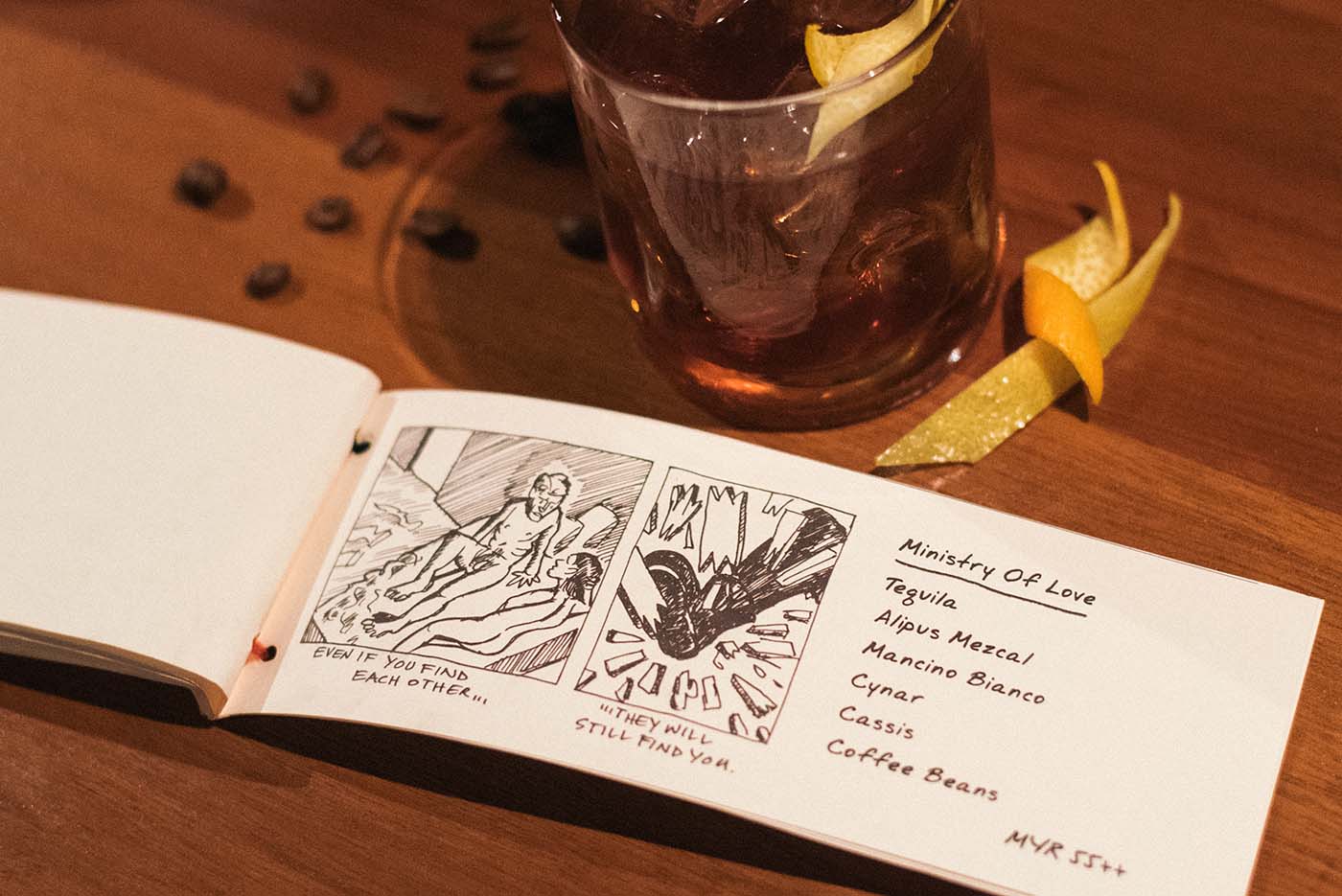 Callan Green and James Estes recently opened Jack Rose in Kuala Lumpur, and one of the many things to love about this pared-back “backlash against so many Sinatra-playing, vest-wearing, bowtie-wearing cocktail bars” (according to Green – see the next print issue of DRiNK for more) is the menu design.

The bar has partnered with Melbourne graphic novelist Bernard Caleo to create its first menu. Using a wide chequebook shape, the reader sees the drink’s components with a comic strip, to go deeper into the idea behind the drink. For The Ministry of Love, a mezcal riff on the Negroni, the name comes from novelist George Orwell’s 1984 – “it relates to the bittersweet nature of the drink and of forbidden love,” says Green.

Jack Rose is named after the classic apple brandy cocktail (Green: “I can’t definitively tell you which is my favourite cocktail of all time, but the Jack Rose is definitely up there”) and aims to foster “a casual environment, but where you’re still going to get good drink”, according to Green. As such, the menu concept had to “strike a balance between being silly and being a little more thought-provoking”. “Many of the references are literary based, but there are film and popular culture references too,” explains Green. “All the stories also have a subtext relating to personal experiences that James and I snuck in there, but you need to chat with us at the venue to get those.”