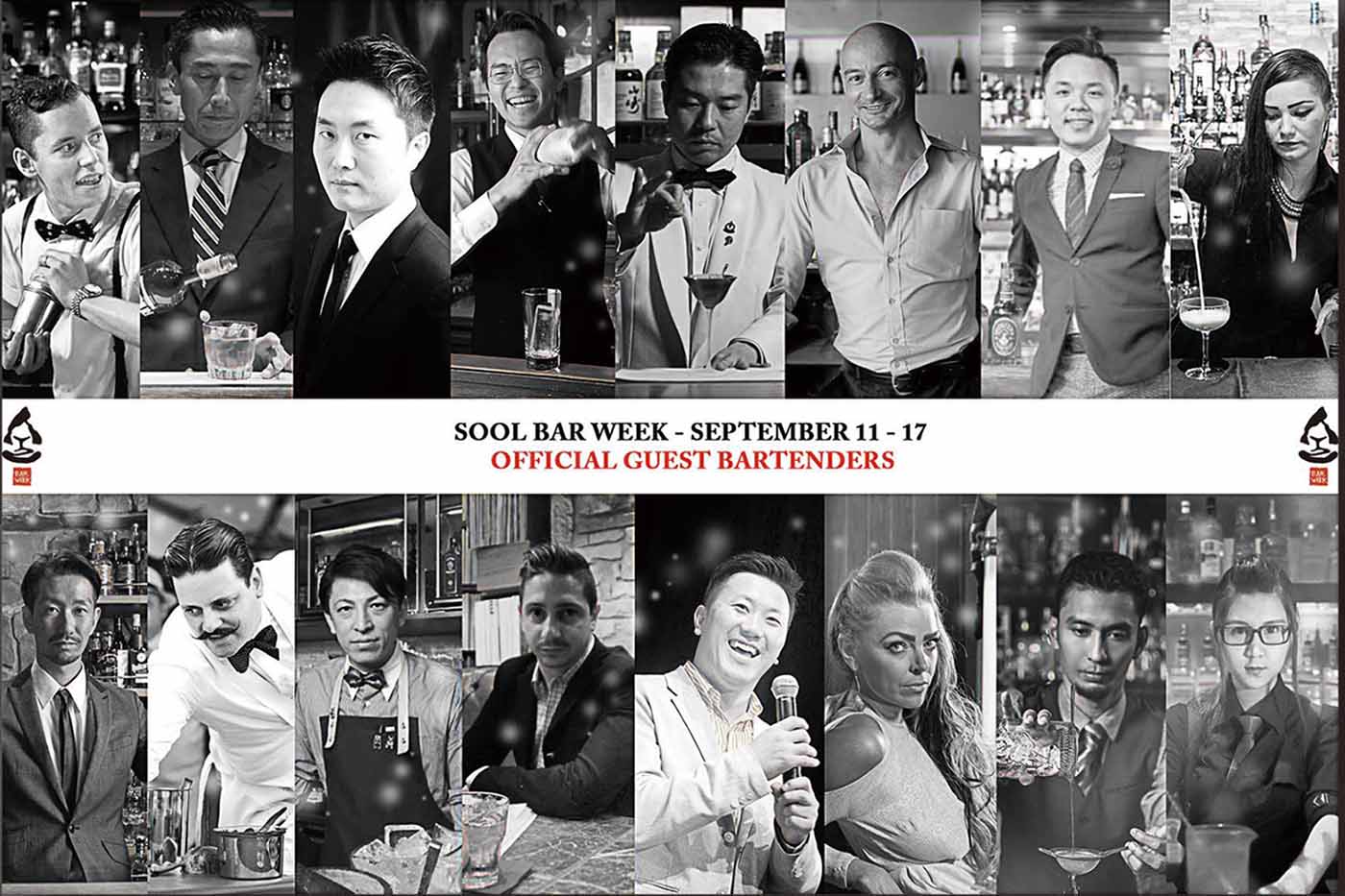 The seven-day cocktail festival will feature international and regional names adding to the vibrancy of the Seoul scene.

Following the call for collaborators Bob Louison put out in April, the Seoul-based bar owner and consultant has pulled together a packed seven-day calendar for the first ever Sool Bar Week.

Seoul city centre will buzz with activities for consumers and bar professionals from September 11 to 17. Topics for masterclasses range from the historical, with visiting guests such as the Curious Bartender and London bar vet Tristan Stephenson leading a class on rum’s heritage, and Matt Solario from Stookey’s Club Moderne in San Francisco discussing the effects of Prohibition on bar culture.

Meanwhile foraging chef Dustin Wessa will lead a masterclass on foraging and flavour extraction, and Cocktail Kingdom and Mace New York’s Greg Boehm will travel to the peninsula with an original Jerry Thomas book to talk about tomes from the 1800 and 1900s. And because Korean bar and spirits culture is worth celebrating too, Zuma Las Vegas’ lead bartender Seongha Lee will run a session discussing the pros and cons of working overseas as a Korean bartender based on his experiences in the US. Korean rice wine sommelier Jisung Chun will also lead a tasting and primer on Korean brewing techniques.

Tickets to the week’s various masterclasses are on sale now. For more on this year’s Sool Bar Week, see their website and Facebook page.