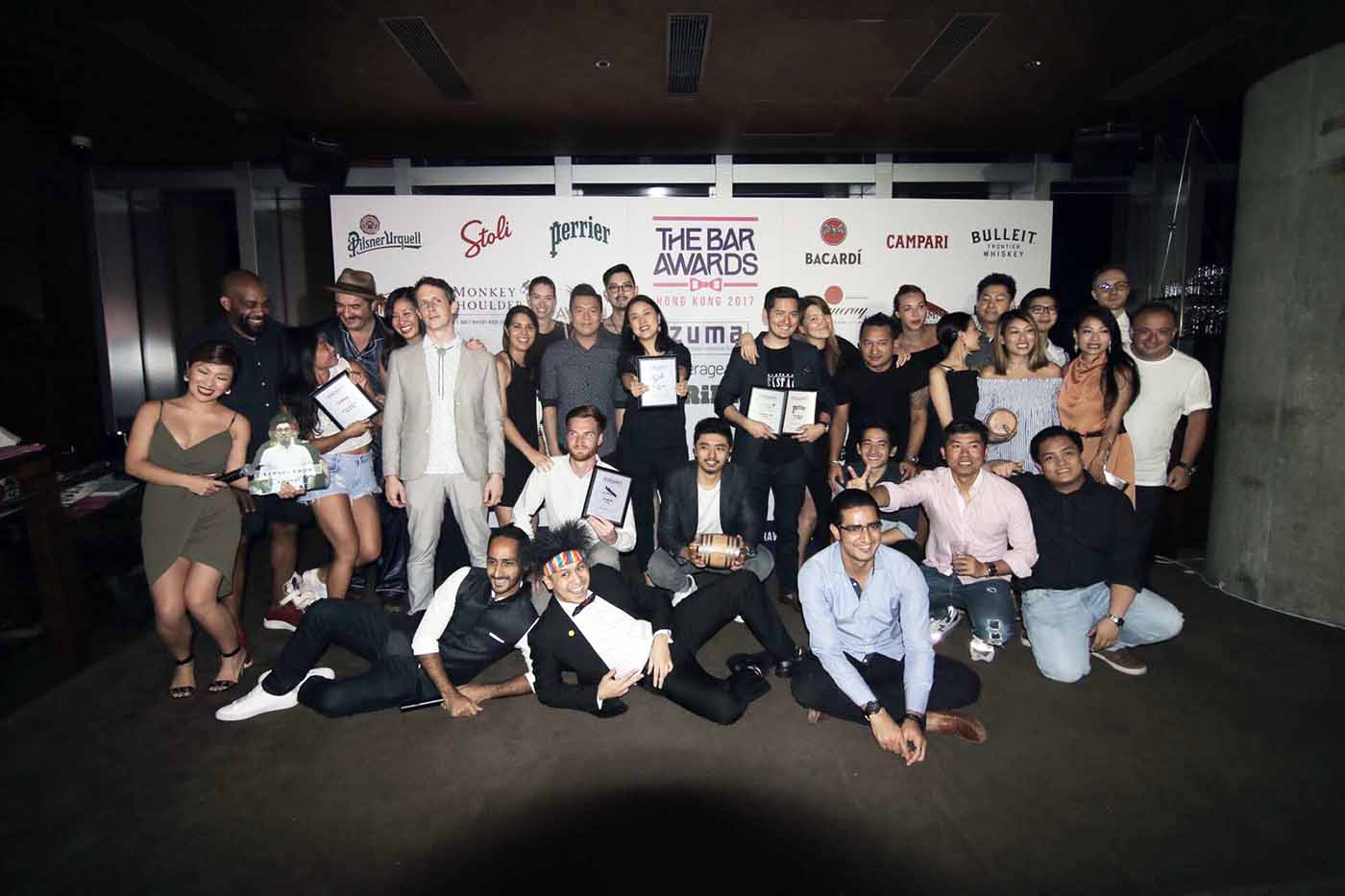 These are the city’s best of the best bartenders and bars, picked by their peers. By Natasha Hong.

Out of 12 categories there were 10 new winners, including Quinary for Best Bar and Devender Kumar for Bartender of the Year, with just The Globe and Lobster Bar & Grill retaining their 2016 gongs in the Best Beer Bar and Best Hotel Bar categories respectively.

Stockton also returned to the stage this year, but adding a Best Hospitality Team plaque to its Best Cocktail Bar award from last year. See below for a full list of this year’s winners.

Hong Kong 2017 was The Bar Awards’ most ambitious week ever, pulling in a bevy of regional guest bar stars for guest shifts around the city – with a total of 15 events organised across seven days.

The process for this year’s honours began on July 1. From a list of 759 Public Nominations received by The Bar Awards, a 46-member Panel of f&b, hospitality and media industry leaders narrowed down the crop of candidates in the 12 categories down to a Top 10 and Top 4 shortlist of nominees before tonight’s winners were unveiled.

The Bar Awards’ 2017 regional campaign will culminate in Kuala Lumpur on October 22 – this will be their first ever run in the city. Nominations open September 1.

Most Creative Cocktail Bar, presented by Cointreau
The Woods