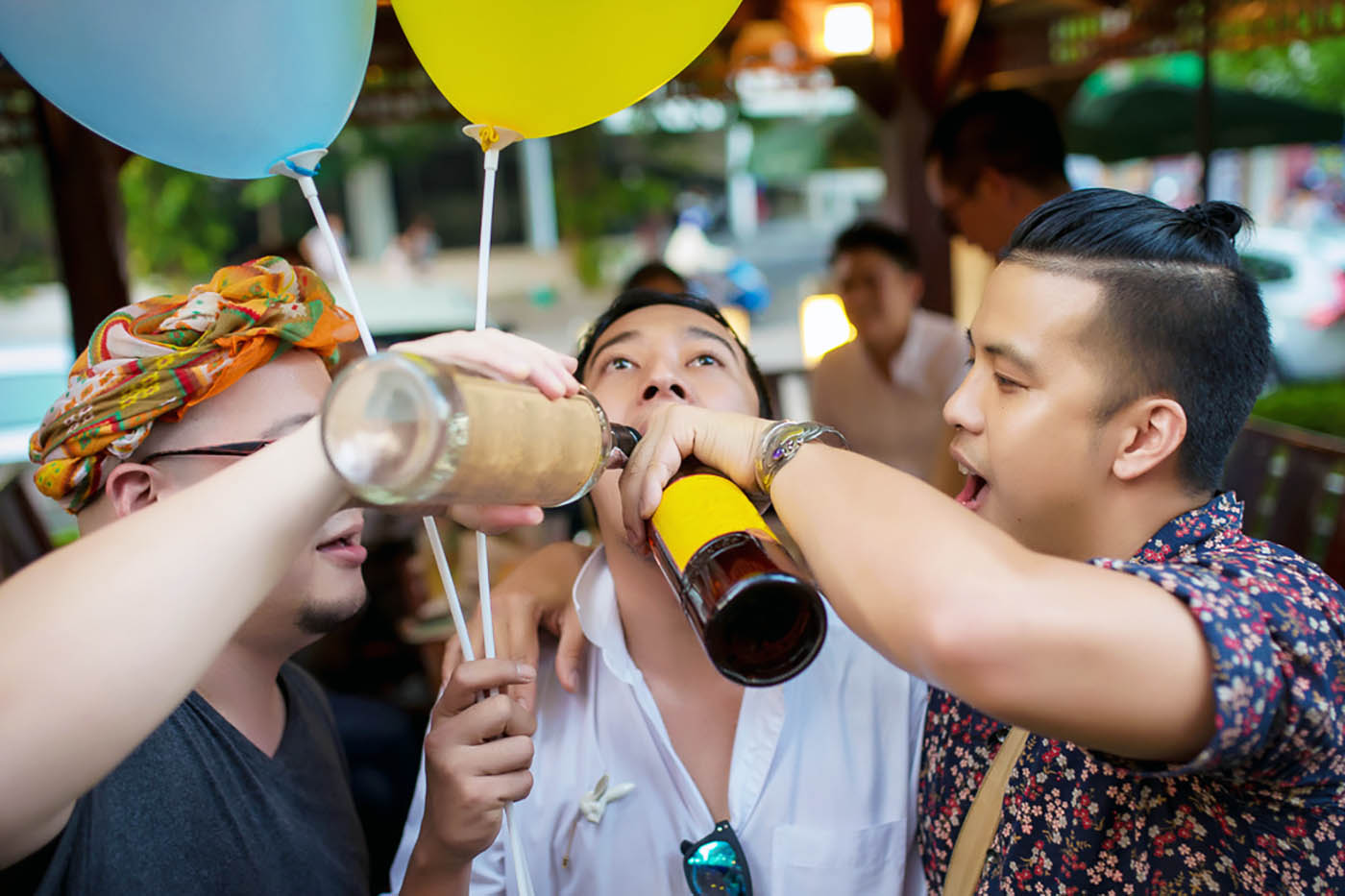 Save the dates for August 14 to 20 – there’ll be parties and guest shifts galore.

Following the announcement of this year’s Hong Kong Top 10, The Bar Awards have also released the schedule of events for when they roll into town from August 14-20. This seven-day series of guest shifts, parties and activities is a step-up from the long weekends held so far in Bangkok and Singapore, and, even better, Hong Kong will get a chance to meet some of the best bars and bartenders from around the region.

Here’s a rundown of what’s going down:

MONDAY, AUGUST 14
The Bar Awards Kick-off Party
8pm to late at Aqua Spirit
Ring in the week with a great view of the city (and maybe some sensible sipping for the week of drinking ahead?) This is the opening party of this year’s The Bar Awards Hong Kong.

TUESDAY, AUGUST 15
Boozehunters
From 7pm at Neo Cocktail Club
Organised by Neo Cocktail Club and Proof and Company, The Bar Awards edition of the bar’s Boozehunters drinking and skills challenge at various bars in the Central and Sheung Wan neighbourhoods will take place on Tuesday. Previous Boozehunters challenges have tested contestants on their Old Fashioned and soccer skills, so come prepared for anything. To register your team of two (HKD100), email adrian.chung@proofandcompany.com.

WEDNESDAY, AUGUST 16
Manhattan (Singapore) Guest Shift
6 to 10pm at 8 1/2 Otto e Mezzo Bombana
Cedric Mendoza and Tim Rosete of The Bar Awards Singapore’s Best Cocktail Bar 2017 and the number one on Asia’s 50 Best Bars put on a guest shift at the Italian restaurant/bar.

THURSDAY, AUGUST 17
The Bar Awards Ultimate Cocktail Party
6pm to midnight at Lily & Bloom
Some of Asia’s best bars come together for an evening of cocktails at Lily & Bloom. On shift from 6 to 8pm are the teams from Bangkok’s Brasserie Cordonnier and Havana Social. Later, from 8 to 10pm, Ben Ng from Mish Mash Penang and his team will partner with Bangkok’s Backstage Cocktail Bar to serve drinks, before handing things over to Singapore’s Manhattan bar and Seoul’s Le Chamber to round off the night from 10pm to midnight.

Charles H (Seoul) Guest Shift
5 to 9pm at Quinary
Lorenzo Antinori, head bartender at No27 on Asia’s 50 Best Bars in 2017 joins the team at Quinary for an evening of cocktail making.

SATURDAY, AUGUST 19
The Bar Awards Tea Party
3 to 7pm at Aberdeen Street Social
Get your day drinking on in the Wanchai alleyway of Aberdeen Street Social with the bartenders from Bangkok’s Backstage Cocktail Bar and Singapore’s Atlas from 3 to 4pm, Bangkok pair Brasserie Cordonnier and Havana Social from 4 to 5pm, and Mish Mash from Penang with Bar Q88 from Hong Kong’s own JW Marriott from 5 to 6pm. The evening ends with the teams from the JW Marriott Hong Kong’s Flint Grill & Bar and Charles H (Seoul) taking the bar from 6 to 7pm.

From Jamaica with Love, featuring Caeden Wong
9 to 11pm at Honi Honi Tiki Cocktail Lounge
Caeden Wong, bar manager at Don Ho and winner of this year’s Apple Estate Joy Spence Cup in Singapore, serves up rum cocktails, and his winning drink, the Secret Garden to pair with the tropical vibes of Honi Honi.

Havana Social Nightcap (Industry-only Party)
From 1am at Fang Fang
Pre-game ahead of the next day’s big night, with bartenders Fon Kongjun and Davide Sambo from Bangkok’s Brasserie Cordonnier and Havana Social serving drinks (and laybacks, of course) from 1am.

SUNDAY, AUGUST 20
The Bar Awards Party (Industry-only Party)
From 6pm at Zuma
The grand finale to the week of events, The Bar Awards will be announcing this year’s best bars and bartenders at this industry-only party at Zuma.

To help you keep track of the week’s events, bookmark this page, or save this handy guide on your phone.

Update (Aug 1): With the addition of the From Jamaica with Love event on Saturday, the tally of events rises to 15 for the week.

In Shanghai, a bar veteran’s getting busy with a slew of new openings