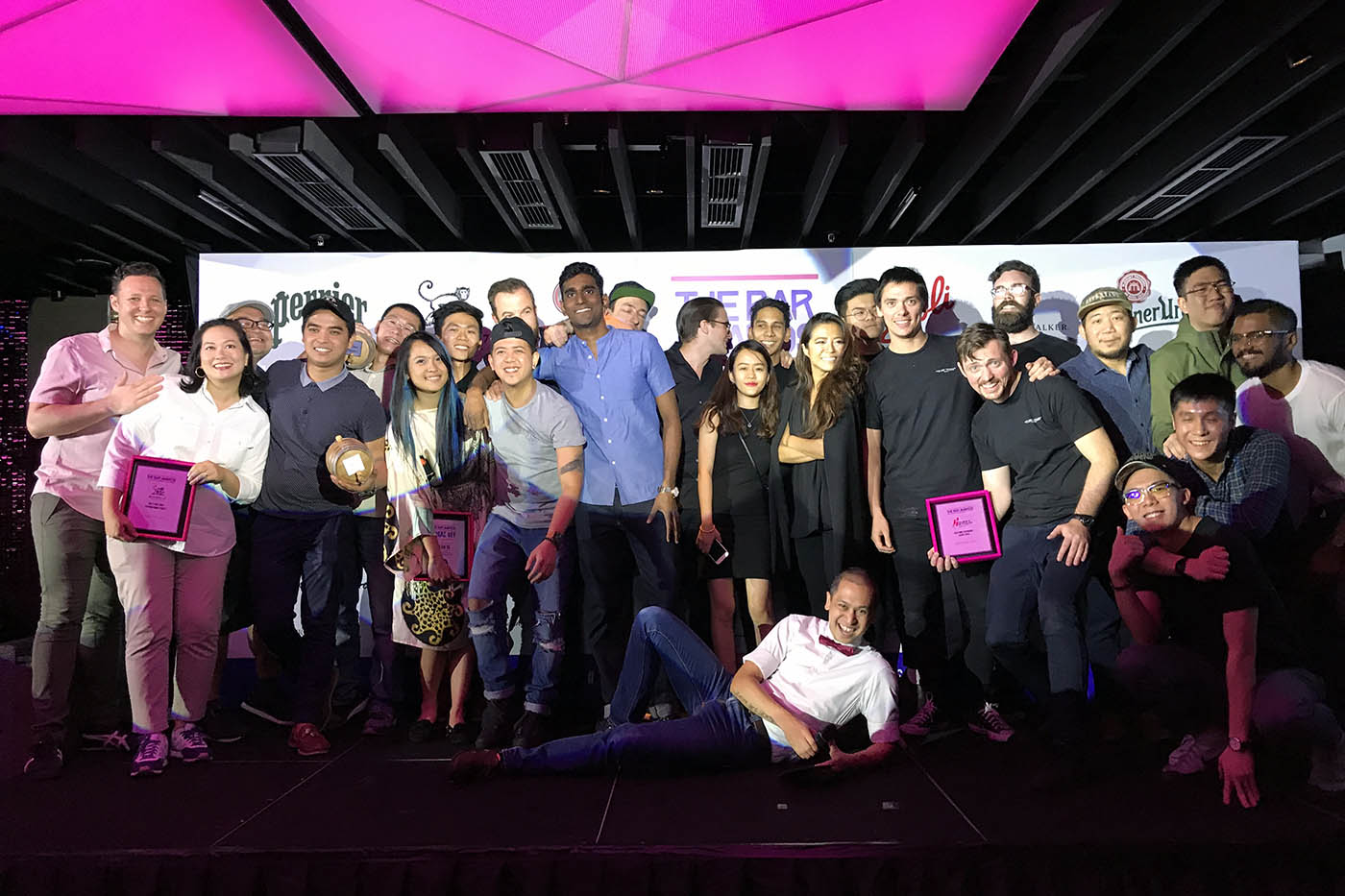 These are this year’s best bars and bartenders in Singapore, as voted by the industry. By Natasha Hong.

Following a one-and-a-half-month process of public nominations and voting by an industry panel, The Bar Awards has named its winners in the fourth edition of the event in Singapore.

Announced this evening at an industry party at Capital at Zouk Singapore, this year’s crop of honourees included a few fresh faces claiming a plaque and barrel for the first time.

Out of the ten categories, Native’s Vijay Mudaliar was the night’s big winner, with his bar taking this year’s Most Creative Cocktail Bar title, and Mudaliar earning the Bartender of the Year prize.

At a glance, here are this year’s Bar Awards Singapore 2017 winners:

Bartender of the Year, presented by Bacardi
Vijay Mudaliar (Native)

The Bar Awards will be in Hong Kong next with their Public Nomination phase open for recommendations from July 1.