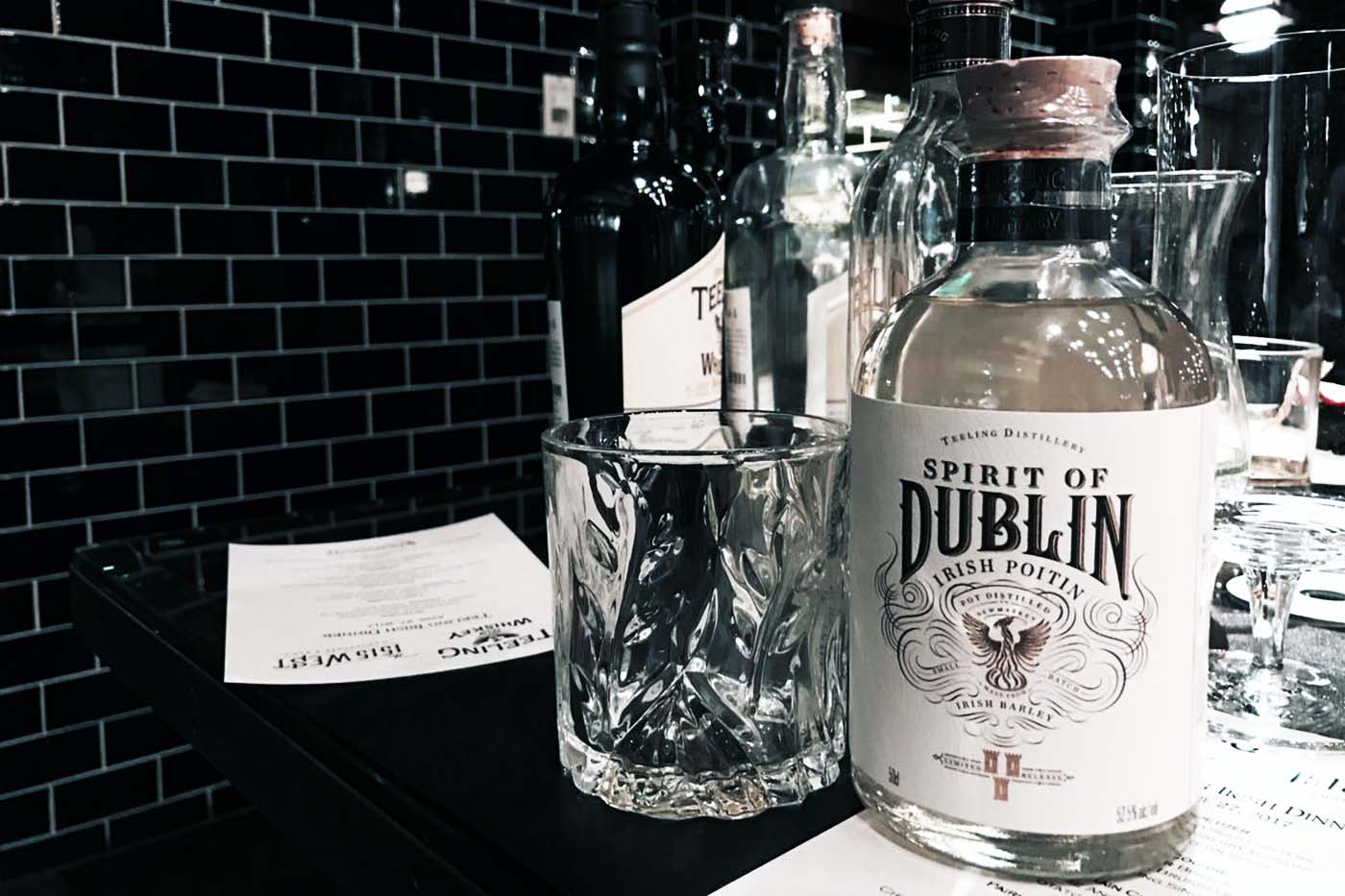 What is it? A white spirit punching heavy at 52.5% ABV, produced by Teeling Whiskey Company from Dublin, Ireland. Founded in 1782, Teeling closed shop along with many other Irish distillers during a slump in the early and mid-20th century. Descendants Jack and Stephen Teeling revived the brand in 2015 and made the brand the first new distillery to open in the Irish capital in over 125 years. With the increasing popularity of Scotch, Japanese whisky and even American whisky, brands like them believe that it’s high time for an Irish whiskey revival.

How is it made? Poitin is a traditional Irish distilled moonshine. Spirit of Dublin Irish Poitin plays double agent, representing the obscure category in this limited edition bottling. It also serves as new make spirit for Teeling’s future whiskey releases. Made from a 50-50 mix of malted and unmalted barley, this poitin is fermented and triple distilled in copper pot stills. Unlike whisky, it’s neither aged nor matured, but bottled directly from the stills.

What does it taste like? At first whiff, it was hard to believe it was made by a whisky company. Pale in colour, it smells like vodka or Chinese baijiu with its rich, cooked grain aroma. Without the barrel influence, Spirit of Dublin is a study of barley in a spirit – smooth, well-balanced between sweetness and spice, and with a delicate finish. This goes down easy, and when shaken into a Whiskey Sour, offers up a more refreshing take on the classic.