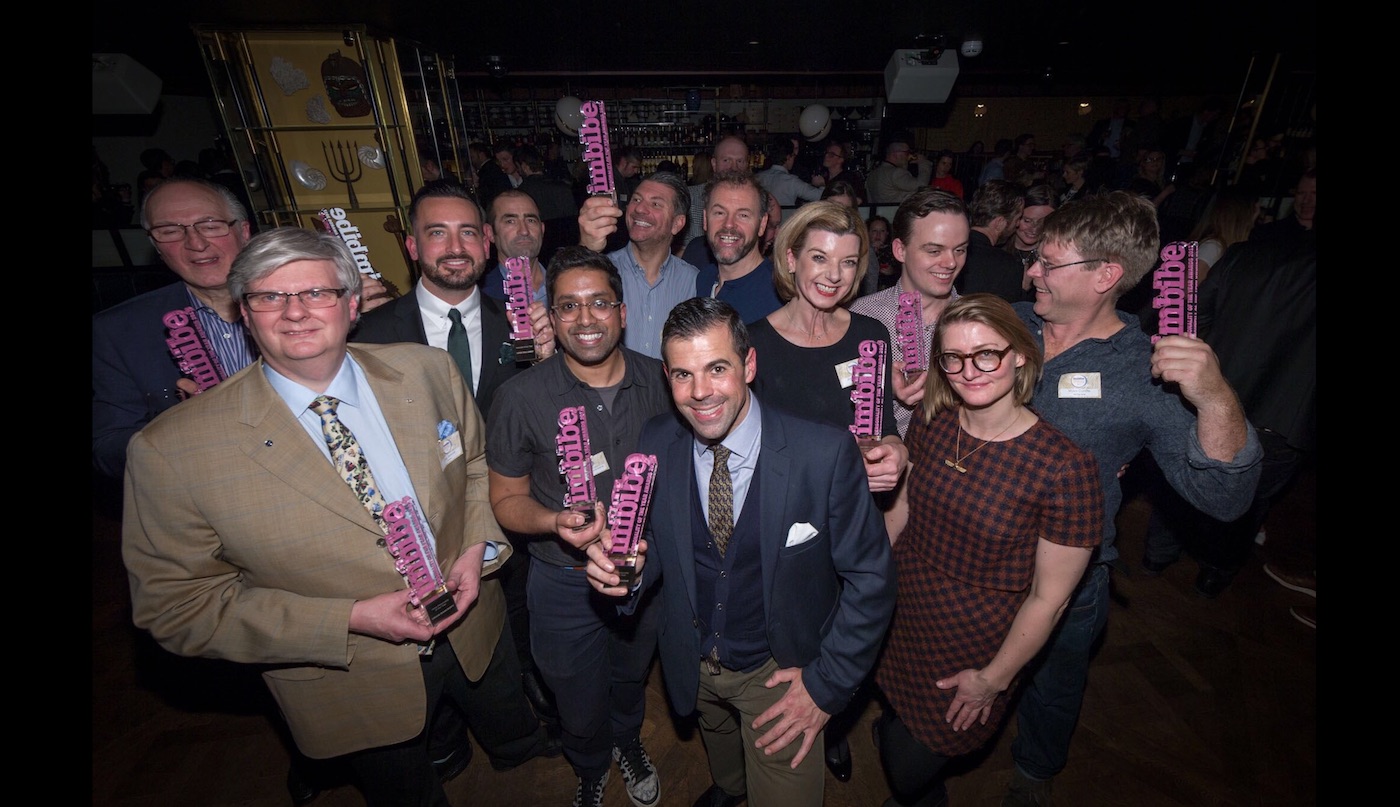 Titles handed out during ceremony at London’s Oriole. By Jonathan White.

UK on-trade drinks magazine Imbibe announced the winners of its Personality of the Year Awards for 2017 in an industry-packed ceremony at Oriole in London last night (Feb 7).

Given London’s status as an agenda-setter for the worldwide drinks industry, the Imbibe awards are a good indicator of the people leading the scene, and included gongs that spanned the industry, from cocktails to wine and from pubs to restaurants.

The big winner was Ryan Chetiyawardana, who took a special Personality of the Decade title, with Manchester wine guru George Bergier named as Industry Legend.

The award for Educator of the Year was given to both Mixology Group director Myles Cunliff and beer sommelier Annabel Smith; Aidan Bowie of Dandelyan was named as Hot Stuff; and the Chairman’s Award was shared between chefs the Galvin Brothers, Chris and Jeff.

Rounding out the gallery of winners was The Connaught’s Ago Perrone, as Bar Personality of the Year, and Leon Dalloway of the Gin Journey, who was named Innovator of the Year. Well done to all winners.

Zee says: Here’s how you become a real bar professional