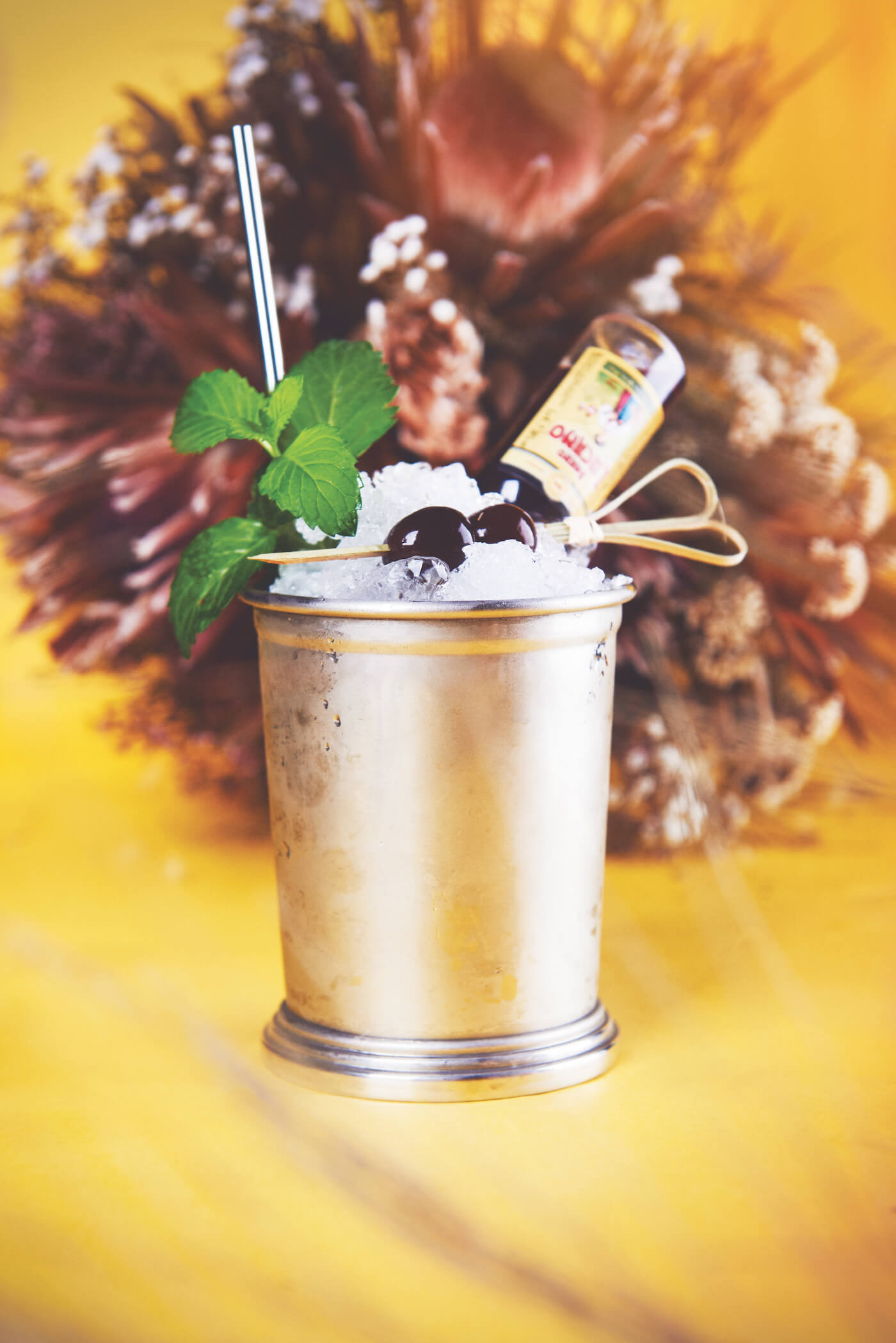 A bittersweet herbal cocktail from Yao Lu for bar newbies.

A lot of you might know I love everything herbal, bitter and sweet. However, these flavours can often be intimidating to newly minted cocktail lovers and are usually associated with a heavier drink served in a cocktail glass. Amaro Lucano is a product I love using because of its deep herbal flavour with rushes of honey. So I figured why not make a cocktail that is herbal, bitter and sweet but at the same time, refreshing and can be easily drunk by even the freshest of newbies to our bar.

We decided to present the amaro in a Daisy form. Daisies are a family of cocktails that were incredibly popular in the 19th century, with its first recipes appearing in the second edition of Jerry Thomas’s book The Bartenders Guide or How To Mix Drinks: The Bon-Vivants Companion in 1876. The Daisy has since taken on different versions as time progressed but a general understanding is Daisies are a basic sour with soda and are always cold, refreshing and garnished with some kind of fruit.

For our Pisticci Daisy, we decided to use bourbon and amaro as a double base. The rich vanilla and oakiness of bourbon perfectly complements the herbal and honey in the amaro, together creating flavours with a lot of depth. We then add fresh lime for acidity and use Earl Grey cordial as a modifier. The tannic, slightly bitter and incredibly aromatic scent of Earl Grey adds another layer of flavour that works in harmony with honey, vanilla and oak. With all that we then top it off with a splash of soda to stretch out the flavours, making something refreshing and easy to drink. We then plug in a miniature bottle of Lucano on top so the guest can enjoy an extra shot of ice cold amaro after they are done with the cocktail.

Shake and serve in a julep tin with crushed ice. Top with soda and garnish with 2 cherries on a spear, mint sprigs and a miniature bottle of Lucano.

Yao Lu is the co-founder of The Union Trading Company in Shanghai.

This article first published in Issue 46 of DRiNK Magazine.