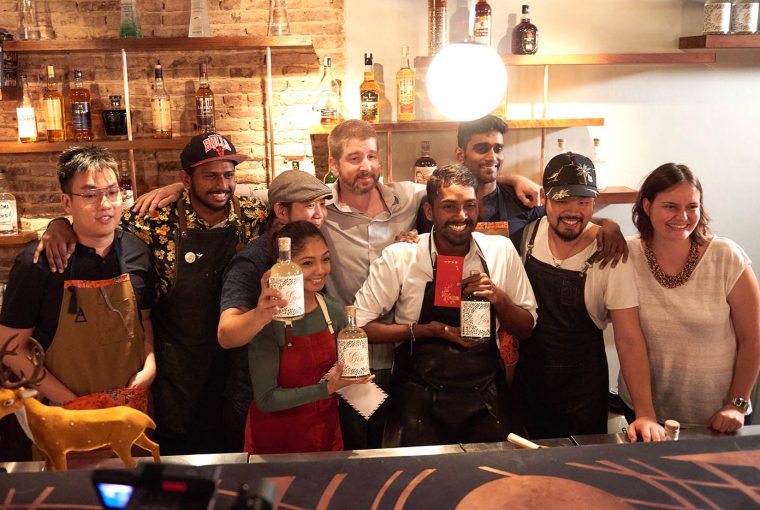 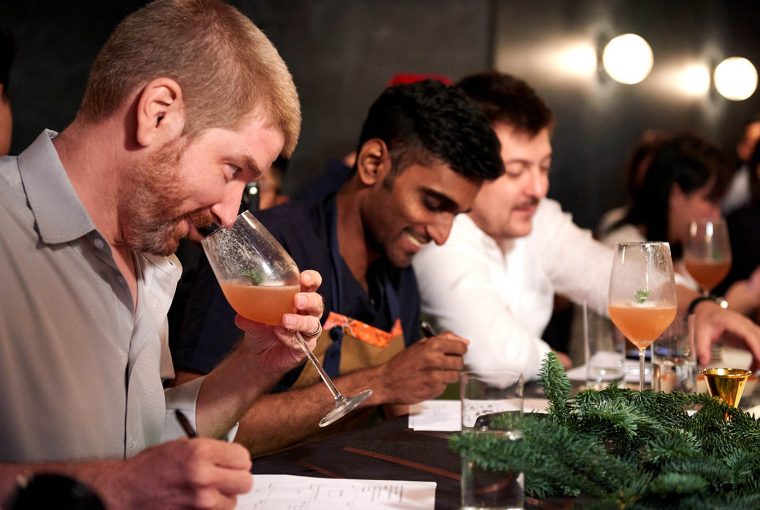 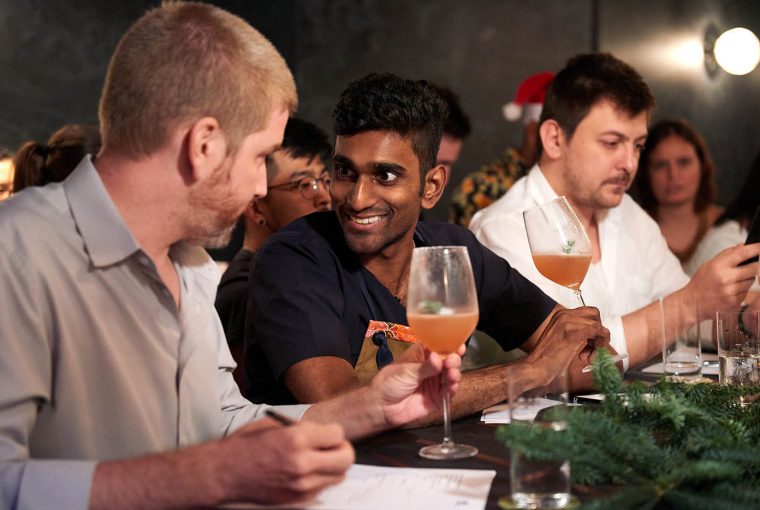 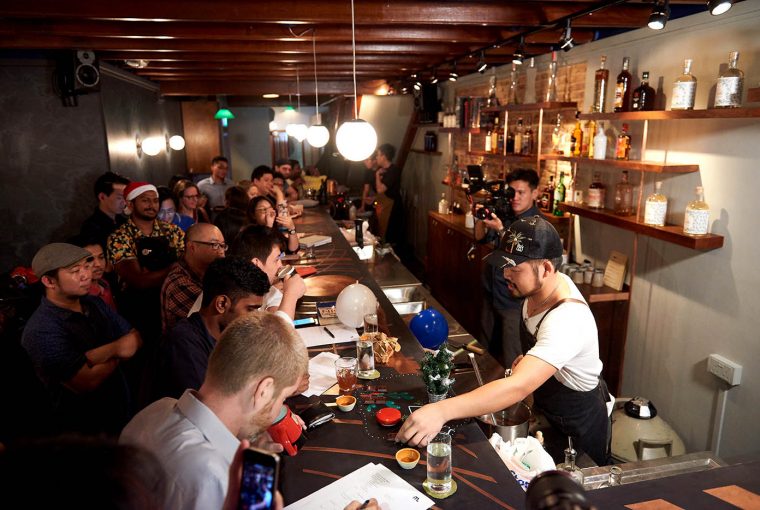 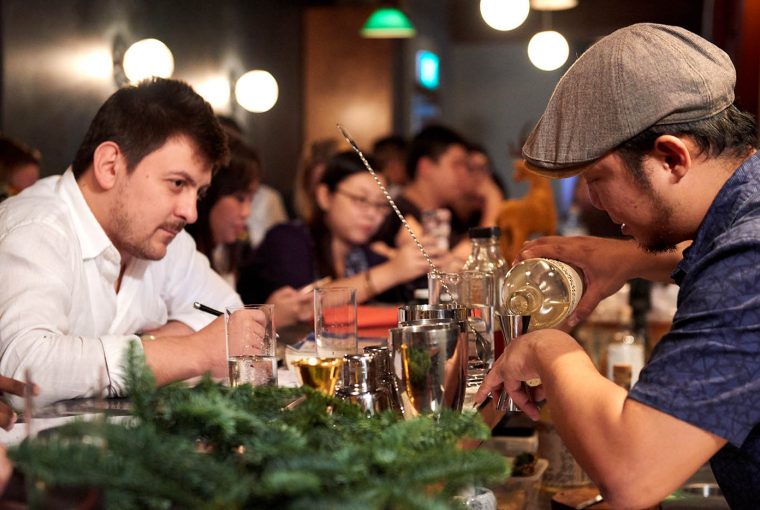 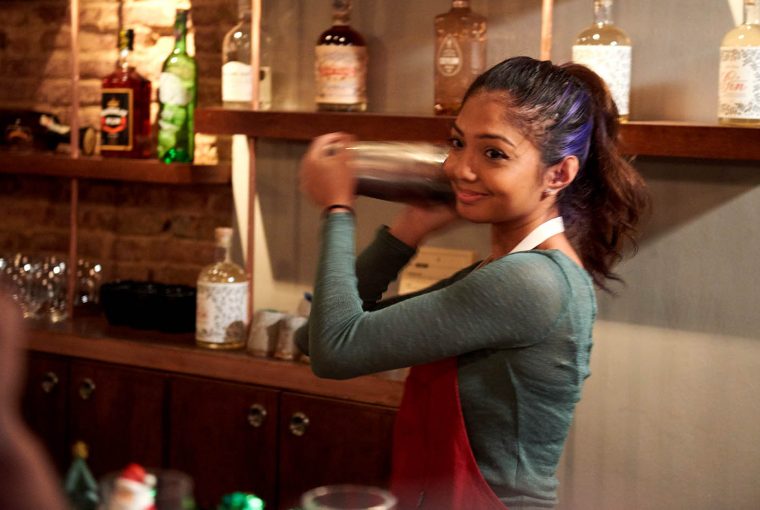 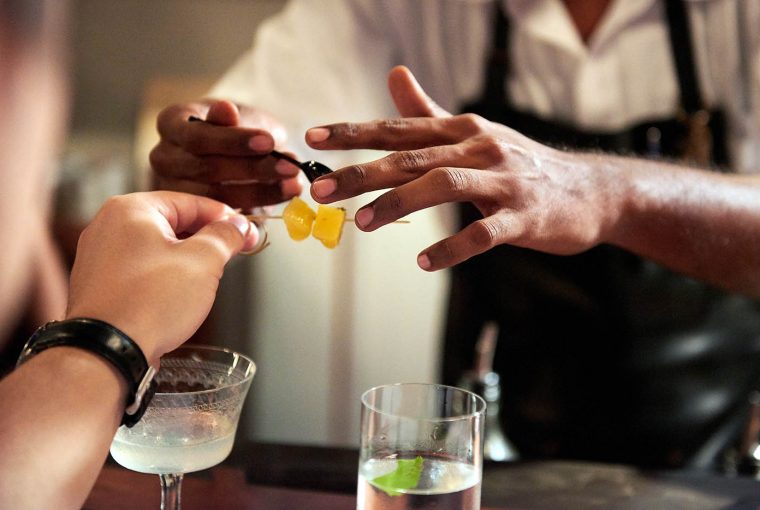 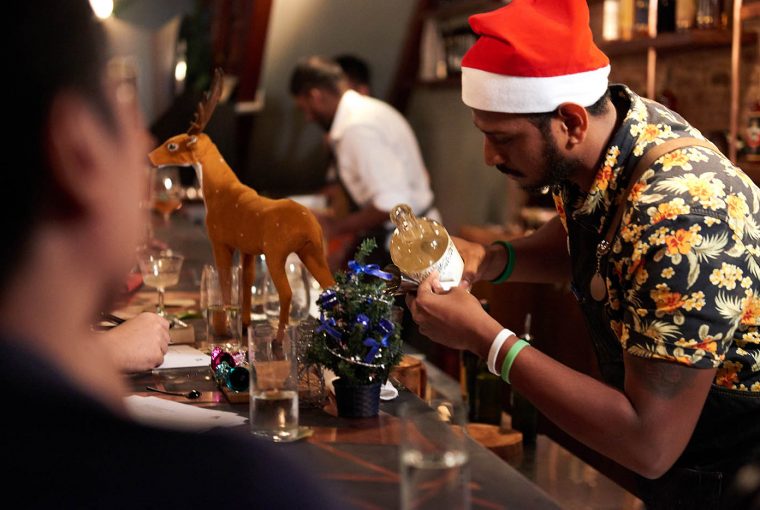 A fresh face from Smoke and Mirrors whips up a Very Asian Christmas cocktail. By Natasha Hong, photos by Leo Liu.

Christmas cocktails seem like a pretty foreign concept for us out here in the tropics, but at the A Very Asian Christmas Cocktail meet, held at Vijay Mudaliar’s new Native bar on December 12, six bartenders made sense of the whole thing by using Asian flavours.

Named the Virginity, because this was his first go at a cocktail contest, the rookie tapped on the vethalai pakku (betel nut chewing snack) of his heritage, infusing betel leaves into white vermouth for a sweet-bitter accord. On the side came a “buffet of garnishes” with skewered mangoes to dip in calcium paste, pan masala, fennel seeds – the usual fixings for the snack – while the cocktail was also served on betel leaf coasters.