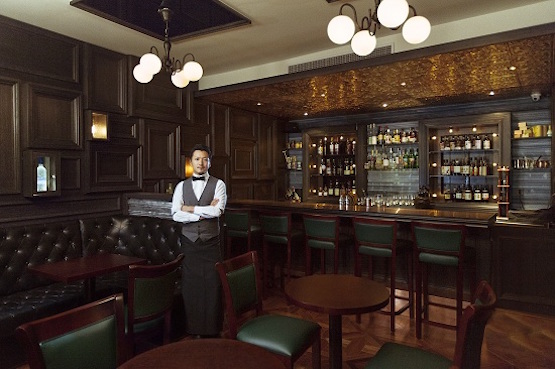 New York institution Dead Rabbit Grocery and Grog has been named the best bar in the world at this year’s World’s 50 Best Bars, which were announced in London on October 6.

It’s a list dominated by a resurgent American bar scene, but Asia also puts in a strong showing, including Shanghai speakeasy Speak Low coming in at 15 – the first bar from Mainland China to make the list since it began in 2009.

A delighted Shingo Gokan, owner of Speak Low, said he was both honoured and humbled for his Shanghai bar to be voted the 15th best in the world crediting his team for “for working so hard and for their passion they put into each and every day at work”.

Gokan suggested that Speak Low wasn’t going to rest on the accolade but would keep trying to improve: “This is not a goal, it’s just a step, but it feels pretty great.” Speaking on the region’s showing in the 50, Gokan declared that the Asian bar scene is “great, but considering these awards it is a little behind London and New York”.

Elsewhere, the top five features three London hotel bars – the American Bar at The Savoy (2), Dandelyan at The Mondrian (3) and The Connaught Bar (4) – signalling that neither hotel bars nor the English capital are going anywhere.

But new entries from around the world (Beirut, Stockholm, Oslo) and a number of bars returning to the list after missing out in 2015 highlight the strength of the global bar industry. As Gokan says, “The great thing is the bar scene is getting bigger, even in the top 100, there are so many great bars there.”