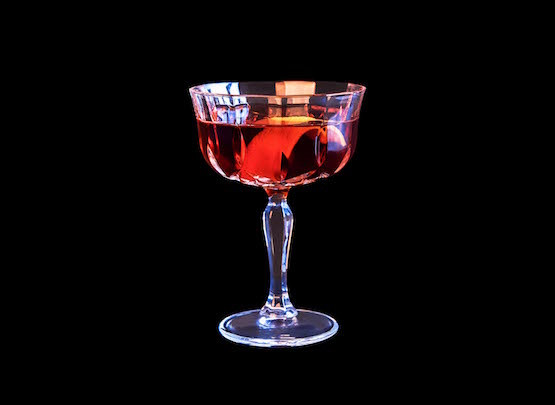 The itinerant vodka cocktail that deserves to wander on to modern menus. By Seamus Harris.

From Georges Bizet’s Carmen to Charlotte Bronte’s disguised Mr Rochester, gypsies have long monopolised a small but lively corner of the European imagination. Especially captivating has been the notion of gypsy royalty, democratically elected in a time of all-powerful hereditary monarchs. Even today the name Gypsy Queen retains a nostalgic magnetism. Over the past century or more, Gypsy Queen has variously referred to a tobacco brand, a canal boat, an aircraft engine, a silent movie, a hyacinth, a single from a 1970s underground rock band, a mare famous for traversing every state of the US in the 1920s, multiple English pubs, countless racehorses and a cocktail.

This last is a rare vodka drink with pedigree dating to the pre-vodka age, when whisky and gin ruled unchallenged. Worthy of a revival, this trailblazer on vodka’s rise to pre-eminence is a perfect eye-opener for fedora fetishists seduced into sniffy disdain for the plain spirit by blind worship of Art Deco aesthetics.

Likely invented in post-Prohibition New York, the Gypsy Queen (sometimes simply the Gypsy) was born into a world where vodka was a curiosity at best. William Guyer’s The Merry Mixer (1933) summarises the mindset of the day. Guyer lists vodka in his ingredients section solely to glibly dismiss it as “Russian for ‘horrendous’”, and does not pollute his bible with a single vodka cocktail. Even the most prescient gypsy fortune teller working a 1930s fairground could hardly have peered into her crystal ball and warned that within two decades vodka would turn the drinking world on its head.

But that is exactly what happened, and the Gypsy Queen’s luminous depths reveal hints of why. Far from a dull cocktail that would be improved by substituting something more flavoursome for the vodka, the Gypsy Queen showcases vodka’s mixological power. This is a drink that solves a real problem. Luscious herbal elixirs like Benedictine and Chartreuse are overly sweet if sipped straight – with black coffee they come into their own, but the tradition of after-dinner coffee and liqueurs is now seldom observed. So you have a class of liqueurs too delicious to neglect, yet showcased in only a few cocktails, which in any case obscure their full deliciousness. The free-spirited solution conjured up by the Gypsy Queen was to thumb her nose at convention and pour vodka as a base.

The Gypsy Queen baptises Benedictine liberally with vodka. The Benedictine makes the vodka interesting, while the vodka chisels Benedictine’s saccharine excess into a balanced and bracing aperitif. Like stepping back from a painting, the vodka opens a more panoramic perspective on the Benedictine. This innovative cocktail is craftier than most subsequent vodka creations, a magic potion to spark reflection from even the fiercest anti-vodka zealot.

Incidentally, the journey across the United States by the mare christened Gypsy Queen proved unintentionally nostalgic. Painstakingly recorded in diary form by her rider, one Frank M Heath, this two-year trip coincided with the rise of the automobile, the disappearance of the horse and cart, and the transformation of the world into a place inhospitable to gypsies. Other mainstays of gypsy life have gradually gone the way of the horse and cart, such as picking hops and peas (now done by machines), or selling hand-woven holly wreaths and wooden clothes pegs (now plastic and made in China). From colourful figures roaming the fringes of everyday life, gypsies have retreated into the imagination.

But progress cannot be halted. Just as gypsies are not returning, vodka is not on the verge of decamping for greener pastures. There is no point romanticizing the pre-vodka age and prejudiced craft bartenders miss an opportunity when they snootily banish vodka from cocktail lists as if shooing away some gypsy loiterer. Used adeptly, by one with the gift, vodka has plenty of magic to offer.