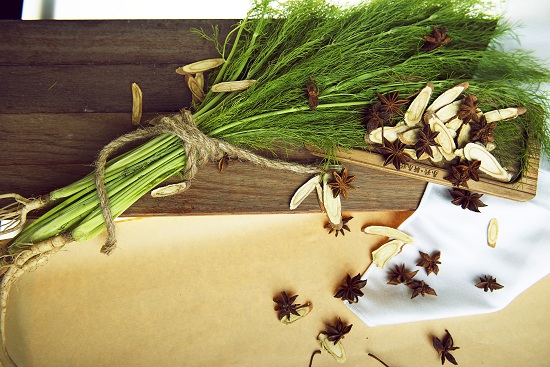 A staple of the French bar explained care of Seamus Harris.

1 The word “pastis” means “mash-up”.
Pastis seems so quintessentially French that we tend to assume its anise haze has been filling French glasses, and afternoons, for centuries. But in truth, pastis is a recent invention. Literally meaning a “mash up” or “mixture” the term pastis was only applied to the drink that now bears its name in 1932. That was the year young Marseille entrepreneur Paul Ricard launched his anise aperitif, which he labelled pastis de Marseille. Nobody really knows whether the oddball name refers to the mix of flavours or the ritual of mixing with water. My money is on the former, though. Not standard French, pastis comes from the Occitan dialect – related to Catalan (a dialect from north-east Spain) and spoken in pockets of southern France.

2 The legal definition of pastis is untidy.
Pastis is a specific style of sweet herbal aperitif with a flavour led by anise. While star anise (occasionally green anise) and liquorice root dominate, they are just one element in complex bouquet of herbs and spices that can comprise angelica, rosemary, lemon balm, oregano, thyme, borage, pepper, cinnamon, cloves, nutmeg, and much more. The drink falls somewhere between a spirit and a liqueur, with up to 100 grams of sugar per litre and a minimum alcoholic content of 40 per cent abv. Pastis de Marseille – Marseille being the drink’s spiritual home – must be at least 45 per cent abv. Pastis can be made simply by blending base alcohol with flavourings (anise oil and other botanical extracts) or by distilling from botanicals in the manner of gin or artisanal absinthe.

3 Pastis is a sort of rehash of absinthe.
Pastis was an unplanned consequence of the French absinthe ban in 1915. The ban initially covered all anise-flavoured drinks, but with the public still hankering for that liquorice taste, bars started to offer house-blended anise aperitifs. In 1920 the government in France loosened the regulations to make anise spirits legal while retaining the ban on absinthe (defined as spirit containing the allegedly hallucinatory wormwood). This allowed absinthe producers such as Pernod Fils to return to the market with substitute products. Rebranded simply as Pernod, the bottle remained virtually unchanged but the wormwood disappeared, the alcohol was mellowed from 68 per cent to 40 per cent, and the formulation was pre-sweetened to eliminate the nowsuspect absinthe ritual. Paul Ricard’s pastis was a new product in this same style.

4 Pastis has potent cousins in the med.
Pastis is just another branch in an ancient Mediterranean drink family. Anise spirits and liqueurs are as old as distillation, and most Mediterranean countries have their own variants. Spain has ojen and pacharán (a pastis version of sloe gin); Italy has sambucca; Turkey has raki; Greece has ouzo; and North Africa has arak. Thanks to the Spanish, anise liquors are even found in Latin America. In Peru, Colombia and Ecuador you will see as many people drinking aniseflavoured aguadiente as you will pisco or rum. Pastis is distinct though in its herbal complexity, with other drinks in the family being far more focused on anise.

5 The staple serve is with water…
The cloudy effect that results from mixing pastis with water is technically termed the louche. The haze is an emulsion of plant oils called terpenes, primarily anethole – a fragrant component found in essential oils from aniseed, star anise, fennel and liquorice. Anethole is soluble in ethanol but not water, with solubility occurring above approximately 30 per cent abv. Thus when pastis is diluted below 30 per cent abv the anethole separates into an emulsion containing thousands of tiny oil droplets that scatter the light and turn the liquid opaque.

6 …but go easy on the ice.
Pastis purists insist on chilled water only, or at least delay adding ice until after the water. The rationale is that ice can crystallize the anethole. This may sound extreme, but pour pastis directly over ice, or add lots of ice, and you should find an ugly scum appears on the surface. The taste is not really affected but presentation is important. As a side-note, when Lebanese serve raki they supply each guest with multiple clean glasses. This is done to avoid any build up of oily residue by making a fresh glass available for each pour.

7 No alcohol, no louche.
In France pastis is so ubiquitous there are even non-alcoholic versions. One popular brand for those wanting their apero sans alcohol is Pacific (launched by Pernod Ricard in 1982). No alcohol means you miss out on the fun of watching the louche. But although these products pour from the bottle already cloudy, they still need to be diluted with water.

8 Ou est Le Piscine?
While remaining France’s favourite spirit, pastis is under pressure. Young people prefer whisky, and pastis brands are using innovation to stay trendy. The traditional serve is 5:1 water to pastis, offered in a simple tumbler with an optional ice cube, but Ricard recently dreamed up the “Piscine” (French for “swimming pool”). This refreshing new serve is an 8:1 mix with lots of ice, presented in an eye-catching balloon. In 2013, Pastis 51 targeted females with the launch of 51 Rosé. A pink aperitif, with hints of berries and grapefruit alongside the anise, 51 Rosé cannot be labelled pastis due to being just 35 per cent abv. Another innovation is “Twist’R”, a bar toy that lets drinkers flick a steel ball around the rim of their glass to mix colourful syrup into their pastis – you sort of need to see it.

9 Know how to use it.
Anise can be a divisive flavour, so be cautious introducing guests to pastis. Since star anise features in traditional Chinese medicine, pastis can give Chinese drinkers flashbacks of childhood visits to the doctor. Those from English-speaking countries can find the liquorice flavour similarly challenging. Something like a Sazerac, with just a few drops of pastis, can be a good place to start.

10 Pastis has more than one just one serve.
The best way to enjoy pastis is with chilled water and plenty of time. Avoid mixing it too strong. The water actually reveals the subtleties. The gold standard is a 5:1 mix, though I like mine slightly stronger. Stop at 3:1, though. That is the point at which French start wrinkling their noses and calling the mix “yogurt”. Find the proportion that works for you, sip slowly, and lose yourself in the moment. Time is the magic ingredient, so allow plenty. Should the classic serve ever become boring, some traditional variations are below:

·The Mauresque spikes the classic serve with a teaspoon of orgeat. The name means
‘Moorish’. Very tasty indeed.
·The Tomate (tomato) adds grenadine
·The Rourou (meaning ambiguous!) uses strawberry syrup to steer the Tomate in a summery direction.
·The Perroquet (parrot) shoots for refreshingly herbal with green crème de menthe.
·The Cornichon (pickle) introduces banana liqueur, which sounds bad but is excellent. For maximum pickle effect you should use the green variety (eg Pisang Ambon), though the yellow stuff does equally well.
·Mazout (dirty fuel oil – ie mazut) is pastis and coke.