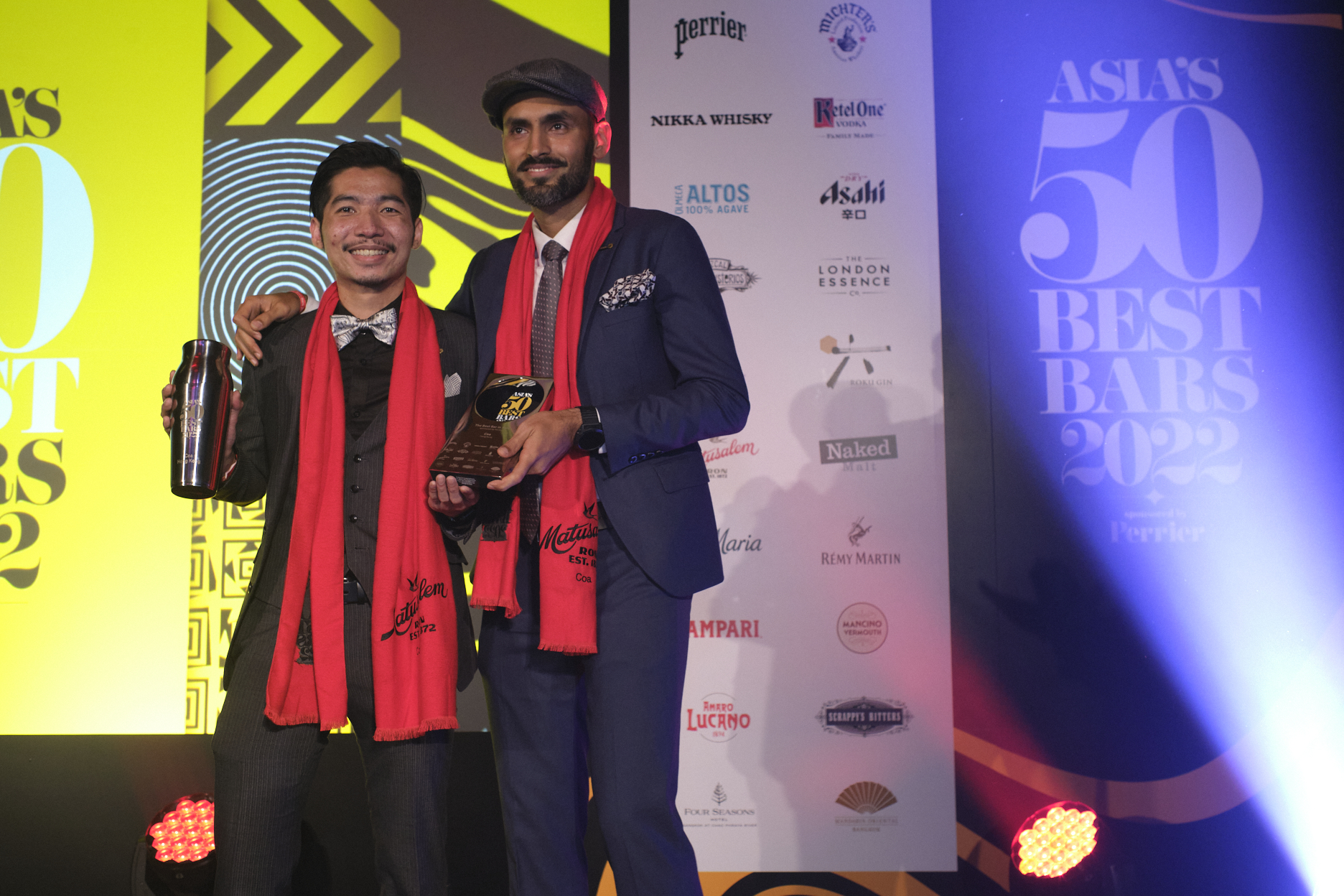 Thoughts, feelings and a causal analysis on this year’s Asia’s 50 Best Bars list. By Holly Graham.

We were too busy being present at Asia’s 50 Best Bars aver a two year hiatus of physical events, so here’s a brief run down of what went down instead:

Reunited and it feels so good
Sure, awards have their naysayers but this year’s Asia’s 50 Best Bars was the first physical event in two years, and the first time most of the Asia community had reunited since the pandemic. Celebrating together after an incredibly tough few years was electric.

Hong Kong strong
Among those naysayers are the ones who say bars need to recruit a great PR agency to get to the top – and while it may help in some cases – COA took the top spot once again. They proved that an independent bar, with all social media and events run by Jay Khan himself, can to get the top spot if it’s heart is in the right place – and COA’s very much is.

India revs it up
Winning four more spots from just one bar featuring on 2021’s list, India has five bars on this year’s list with newcomer Tesouro coming in at an impressive number four. Unsurprisingly, Tesouro has been awarded both the Best New Opening and The Best Bar in India. New Delhi’s Sidecar moves up two spots to 14, and the city’s other runners included Hoots’ at 26 and Home at 30, followed by Copitas (Bengaluru) at 44.

Sri Lanka makes its first appearance
Sri Lanka’s Smoke & Bitters from Hiriketiya featured at 42, making it The Best Bar in Sri Lanka and the first time a bar from the country has made it into the list of Asia’s 50 Best Bars.

Bangkok proves an extremely worthy host city
Asia’s 50 Best Bars pulled out all the stops with at this year’s events and the bars on the list from the city, including BKK Social Club, Tropic City, Vesper, Asia Today and The Bamboo Bar all proved to be excellent hosts, holding many a guest shift, impromptu night cap or late night hedonism.

Hotel bars reign strong with Four Seasons leading the way
11 hotel bars made up the list of 50 this year, with Four Seasons making up five of these 11 entries – three of which are in the the top 10. Hats off to their consultancy partners Proof & Co for changing up hotel bars as we know them.

Guest shifts galore
With almost 60 guest shifts spanning five nights, its some wonder we’re all still alive. Until next year! 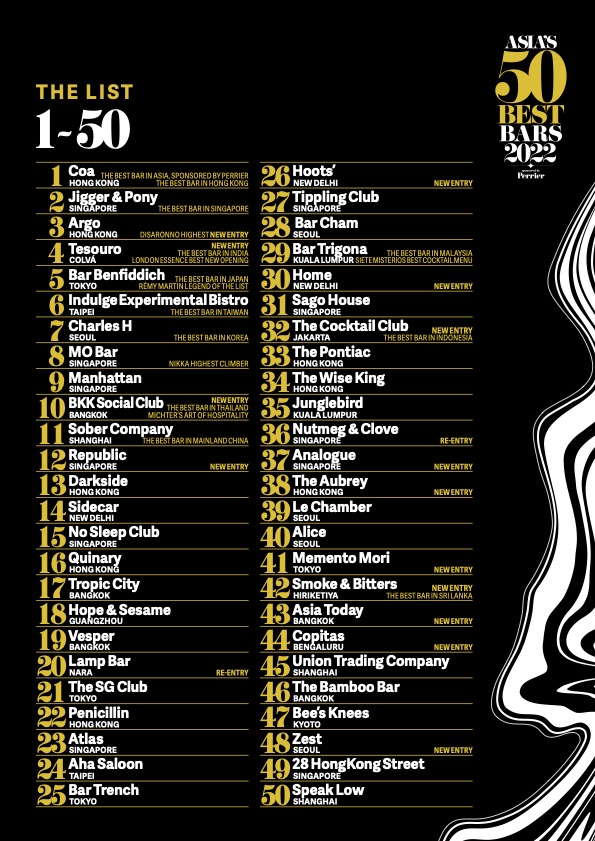 These are the APAC Top 10 Honourees for Spirited Awards 2022