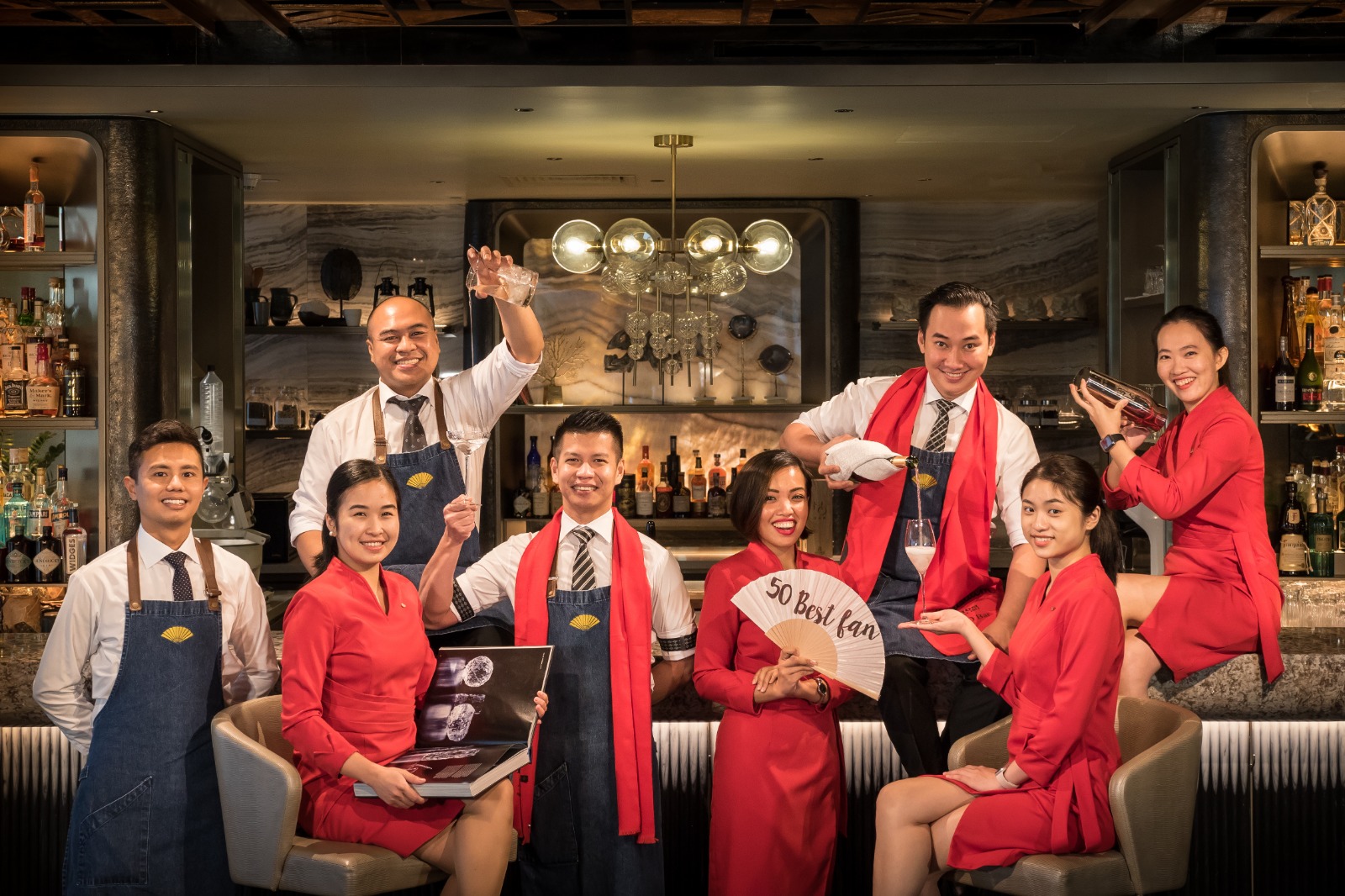 The first of several awards leading up to Asia’s 50 Best Bars announcement is revealed. By Holly Graham.

MO Bar at the Mandarin Oriental Singapore has been the first bar to receive an award at Asia’s 50 Best Bars 2021, crowned with the Michter’s Art of Hospitality Award.

The bar was chosen by a 220 person strong Academy, who were each asked to name the bar that has provided the best hospitality experience in the last 18 months.

MO Bar – inspired by the Pacific Ocean, Asia’s ports, and the travellers that pass through them – has been recognised for its attentive and personalised hospitality delivered through bespoke treats and a little bit of theatre courtesy of bar manager Adrian Besa, Etienne Francois and the team. Adrian says the team is honoured to win the award, especially in the midst of these extremely challenging times. “This recognition reaffirms the dedication and hard work that the team has been putting in every day to provide exceptional service and create moments of delight at MO Bar.”

The luxurious bar, located on the fourth floor of the Mandarin Oriental Singapore, features earthy furnishings dotted with nomadic nods. The bar opened in 2018 and its current menu, Volume Three, focusses on international bartenders and their creations in light of the pandemic. Previous menus Volume One was entitled People of the Sea, Volume Two was inspired by the travels of the MO Bar Team.

The Art of Hospitality Awards is the first in a series of special awards to be announced in the weeks leading up to the big reveal of Asia’s 50 Best Bars at 6pm on May 6, 2021, which can be watched on Facebook and YouTube at 6pm HK/Singapore time; 3.30pm India; 5pm Thailand and 7pm Japan. This will be preceded by the inaugural 51-100 list, which will be announced on April 29. There will also be a series of three bartender discussions entitled Breaking The Ice before the final countdown.