Hong Kong’s “first” gin turns out to be a fraud 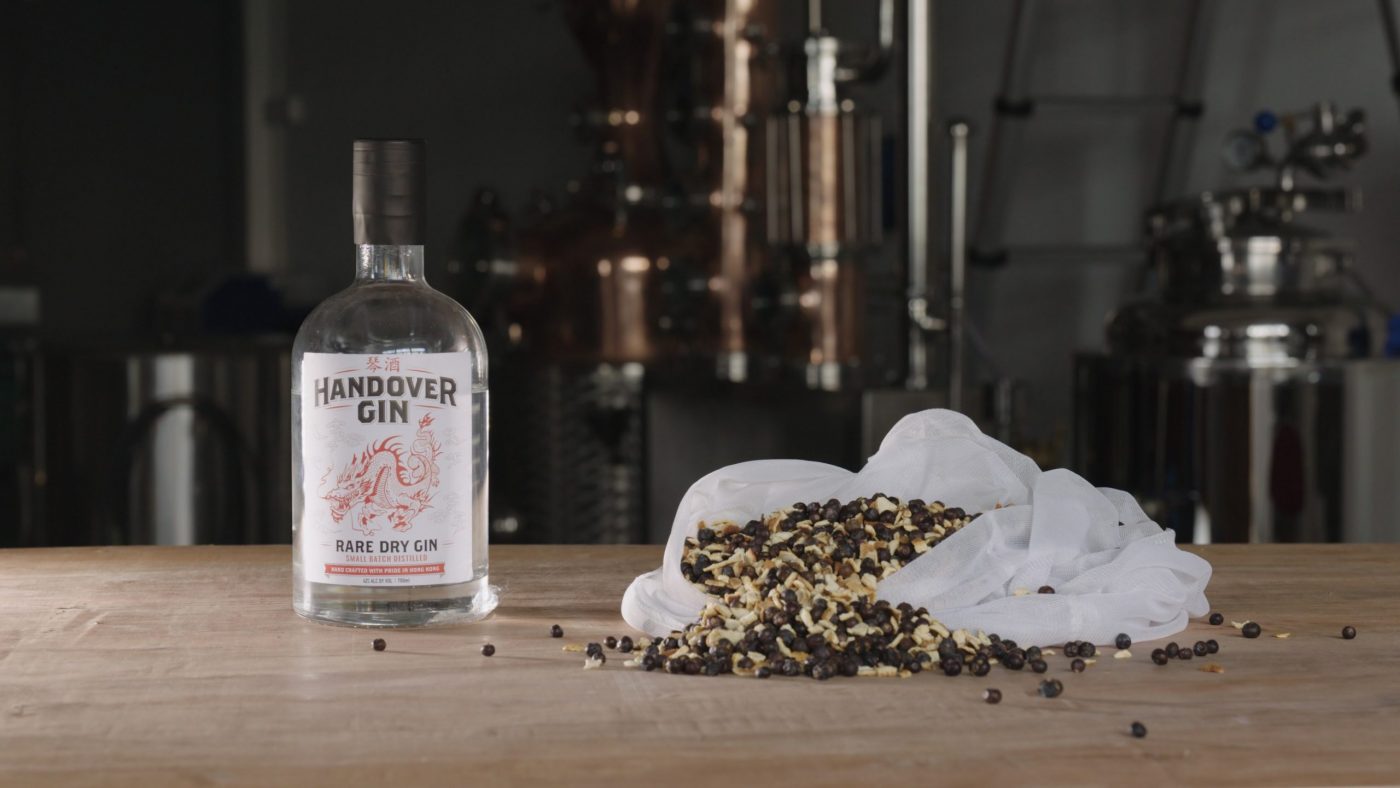 Hong Kong Distillery – the company behind Handover Gin – was found to be running without licenses and making false claims. By Holly Graham.

Hong Kong Distillery, which claimed to have made the first ever Hong Kong produced gin – the dubiously named Handover Gin – was raided by customs officers on Wednesday and found to be importing gin from founder Steve Newton’s native New Zealand. The bottles were imported from the Pacific nation, and labelled in Hong Kong, with branding and labelling claiming it was distilled and bottled at the distillery in Tsuen Wan.

Bottles of 750ml Handover Gin were selling for HKD$480 a pop at retail and around HKD$360 at cost price and a few bars and shops in the city stocked the gin – which is currently being recalled for testing to ensure it isn’t harmful. After close inspection by customs officers, the stills were found covered in dust as they had not been used and were purely for display purposes. Hong Kong Distillery was also found to not possess the required licensing, with only Two Moons Distillery and N.I.P Distilling licensed to make gin in the SAR.

Local newspaper SCMP reported that officers arrested Newton and his girlfriend – who are currently being held for questioning – and seized the still and over a thousand bottles of gin, which totalled to an estimated worth of HKD$1.48 million. It also reported that the pair were arrested for a potential breach of the Trade Descriptions Ordinance, which holds a maximum penalty of five years in prison and a fine of HKD$500,000.

The company had been scrutinised since last month after receiving a complaint, leading officers to intercept a shipment of gin, which were found to have no labels – a violation of the Dutiable Commodities Ordinance that also carries a HKD$500,000 fine and up to two years in prison.

Newton had previously claimed to industry and press that he had lots of experience making his own spirits in New Zealand, including gin, bourbon and vodka. He then moved to Hong Kong seven years ago to work in IT, and was known among the industry to tell tales of how hard he worked to secure the required licenses to distill in the city.

He’d also claimed that his recipe took years to perfect, even entering it in the Cathay Pacific Hong Kong International Wine and Spirit Competition, winning silver medals. He then went on to launch a crowdfunding campaign to raise over HKD$200,000 for a so-called “build out” and to maintain sole control of the brand. We spoke to a Hong Kong bar industry professional (who wishes to remain anonymous) who had had dealings with Newton in the past to hear their take on the situation:

“I first heard about Newton around four years ago, and got in touch with him and met up at the distillery. It looked legitimate and had a craft gin still – what you’d expect to see. I did think it was odd that one of the first things he said to me was that people kept trying to break in and steal his secrets.

He told me he’d gone through the whole licensing process – and I was confused as to why he went into such depth about fire regulations, the building’s placement, explosive ordinances etc. Newton claimed he’d gone through seven different licensing processes just to secure an overall distilling license, adding it was so difficult because there were no other distilleries in Hong Kong, making him the first.

He told me he’d distilled growing up and I tried a few products of his including vodka, gin and rum, which were unremarkable. I did notice that the spiced rum was under 30 per cent abv, and when I asked him whether the abv was to avoid tax, he said I was correct. He also told me he did all his fermentation off site but I didn’t find that suspicious at the time as I don’t know the laws around that in the city.

We chatted a few times over the years, discussing contract distilling and collaborations. It was weird when he’d just disappear and not answer messages for months at time. He also mentioned a few times that he needed funding for a “build out” but as he already had a still, I never understood what he meant by that. There were also few stories of local businesses offering to support funding, but they asked him to change the Handover Gin name so he refused.

When I saw the news broke, I wasn’t really surprised as there always seemed to be something wrong – it never sat right with me.  Maybe once upon a time he was actually producing gin and trying to get funding for it, I don’t know. I don’t think Newton was a con artist and he never tried to take money from me. I guess when you scale up, the cost to get there increases exponentially and with demand, you still need the money to make the product so if he had issues with licensing, maybe he saw it as a work around.

While it’s unfortunate, you can’t claim to be a Hong Kong gin and defraud people. It’s not fair on the people who are producing and doing it legitimately.”

These are your must-try American whiskeys

Now read this: Botany in the bar, the new wave of HK bartending, and the history of the Dark ‘n’ Stormy

Get to know: Absinthe Classics