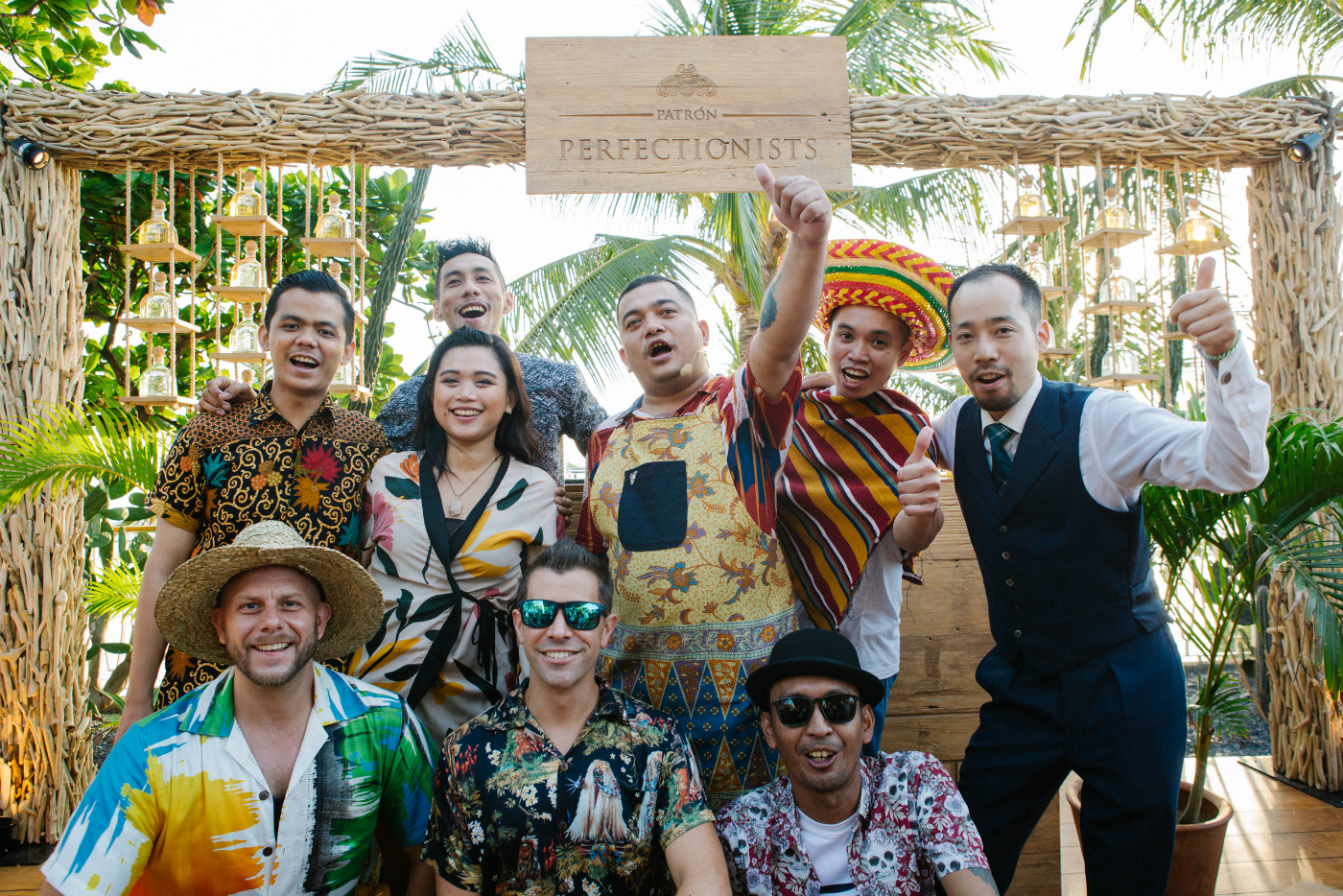 The Patrón Perfectionists Southeast Asia final in Bali was packed with unforgettable experiences, fun and of course… tequila!

Judges Nick Cox (head of Patrón Tequila for Asia Pacific, Middle East and Africa), Kiki Moka (head mixologist for The Union Group, Jakarta) and Theo Watt (founder of DRiNK Magazine and Thirsty Work Productions) judged the competitors on the appearance, originality, service/hospitality and flavour of their cocktails, as well as their overall presentation. After sipping, sampling and deliberation, the judges decided Jason’s deserved a place in the finals with his confident presentation and impressive cocktail Paraluman.

On the inspiration behind his drink, Jason said: “Paraluman means ‘beauty queen’ in Tagalog, as my cocktail was inspired by the characteristics of a beauty queen, as well as characteristics that we can apply to our everyday life – not just a bartender but as a person.” The cocktail is a blend of Patrón Silver, dry vermouth, sampaguita (Philippine Jasmine) cordial, lychee juice and grapefruit bitters topped up with tonic water.

After the win had sunk in, Jason said: “I feel so overwhelmed that Paraluman was crowned the best. Now, in the finals, I will not just be representing the Philippines, but also Southeast Asia. I will do my best and won’t let Southeast Asia down!”

Before the competition took place, competitors were treated to a fantastic Bali experience, exploring the beautiful culture of the Island of the Gods, while giving back to the environment. Staying at Potato Head Beach Club’s partner hotel Katamama, the final six got to learn all about the club and hotel’s sustainable operations. The first day kicked off with a visit to eco resort Bambuh Inda, where the team took part in a “trash walk” to help clean up the local community, cooled off in the natural swimming pools and lunched on locally grown produce. They then visited Sebatu waterfalls for a blessing and cleansing ritual before a stop off at Bali’s famous Tegalalang rice paddies to soak up the views.

The following day, the final six visited a cacao farm and took part in a chocolate workshop, before having a little bit of time to compose themselves and prep before the big final while Patrón and Potato Head gave an in-depth masterclass on both of their sustainable operations to industry friends.

Jason loved his experience, saying: “This amazing experience was unforgettable and priceless. I was able to meet new people – from the competitors to the whole team – and they became my friends that I now call my new family!” We think it’s safe to say that the competition opened up the eyes of all in attendance to how incredible and diverse our drinks industry is, leaving them with unforgettable memories and new friends.