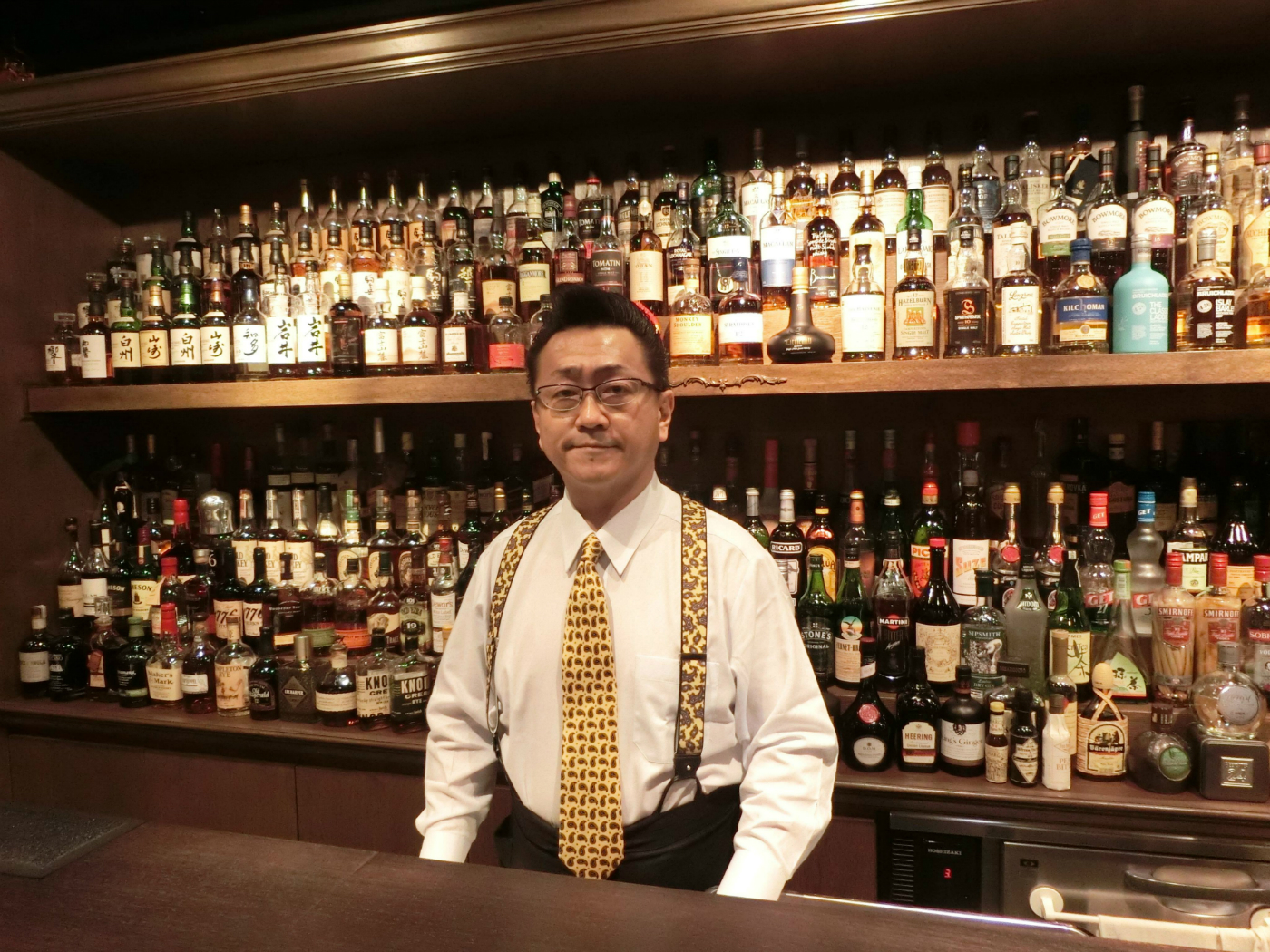 Holly Graham catches up with Hidetsugu Ueno at the MONIN Cup APAC finals to discover why he doesn’t consider himself a truly Japanese bartender, and what he really thinks about modern bartending.

Ueno-san is gentleman who needs very little introduction. He’s the owner of Bar High Five in Tokyo – which is currently number 12 and number six on the World’s and Asia’s 50 Best Bars list respectively; co-owner of both Bar De Luxe in Hong Kong and #Findthelockerroom in Bangkok and a regular consultant at Taipei’s East End. But first and foremost, he is the poster boy of Japanese bartending – whether he likes it or not.

“I’m not a typical Japanese bartender, but somehow I have become the face. People always ask me what a Japanese bartender is – is it the hard shake, the posture, etc? Lots of people imitate the Japanese style, but I encourage people to have their own.” For him, imitation is just the first step a bartender should take: “If you can do what your master does, then you can bartend – but you have to be wise and make your own style to stand out. At first I imitated my master bartender, then one day I realised if I do exactly as he does, I’ll never create my own drinks.”

When Ueno-san was a budding bartender, social media didn’t exist and guest bartending shifts weren’t really a thing people subscribed to. “Cities like Bangkok are a great example of this new era of bartending. Because information is so accessible through social media, young and promising Thai bartenders have so much education and inspiration at their fingertips – they’re so keen and passionate. This applies to bartending globally, too.”

Bangkok isn’t the only Southeast Asian city where Ueno-san has seen bartenders excel. “Cities like Kuala Lumpur, Ho Chi Minh City and Taipei are growing very fast. When I first went to Taipei ten years ago, their technique was great, but people had no idea about classics. Nowadays young bartenders are reading classic cocktail books, and I think that other Asian bartenders are now more knowledgeable than Japanese bartenders.”

Due to Japan’s stringent immigration laws, it’s impossible to get a working visa as a bartender there – something Ueno-san thinks is detrimental to the future of his home country’s cocktail scene, now that our industry has become almost reliant on guest shifts and migrating international bartenders when it comes to winning awards, generating new ideas and experiencing ingredients and techniques from far flung places. “There are a lot of young bartenders who want to come and learn, but they just can’t be employed,” he says. “Fortunately, the government is looking to change the working visa situation, and I’m working with other industry figures on creating a petition to include bartenders on this visa change. Japan’s low birthrate means the new generation is very small, which also means there’s a risk of our bartending style dying out. Though it’s important we retain our style the best we can, of course we have to learn to adapt, too.”

If you can do what your master does, then you can bartend – but you have to be wise and make your own style to stand out.

Another problem Ueno-san sees across the bar industry is product. While he acknowledges many countries have to make their own because they simply don’t have a particular product or law prohibits them from importing it, he thinks bartenders should instead focus more on using what they have. “Personally, I don’t want to waste my time making products,” he says. “To make them consistently is hard, and I have a lot of good products I can use.”

Though he appreciates the gesture of people hand carrying products to him to share flavours, they ultimately don’t get much use: “Homemade products are great and unique, but when bartenders bring me bottles, I don’t tend to use them if I can’t incorporate them into my daily cocktails.” Ueno-san is man of staunch consistency, and vehemently declares: “Some products just shouldn’t exist. I don’t trust a clear raspberry vodka!”

Legendary and personable as he is, it’s fairly well known that Ueno-san isn’t a drinker, but rather chooses to visit bars to see friends and meet new people. However, he sadly admits he doesn’t ever really have a good time – so take note of why in case he visits your bar. “I’m a senior now, so people hang around and take care of me, even though I’m not really a true customer – I want you to treat your customers better than me! They’re there to drink and have fun, but sometimes they’re neglected, as staff just kind of hang around in front of me doing nothing.” Don’t get him wrong ­– he knows you’re just being polite. But nonetheless, he shares: “It just ends up making me feel awkward and then I feel kind of guilty. Just treat me like a normal person – we all bleed the same colour!”

So what’s Ueno-san’s advice to the younger generation of bartenders?

“When I meet other bartenders, they sometimes ask how they can be like me. I tell them to go back to their bar and make drinks for their customers. If you want to be like me, go and work harder, and smile! A lot of the younger generation are too serious, which creates a barrier and means they don’t communicate well. You may be doing the same thing every day, but that’s not the case for the customers. We should always be making their experience unique and special.”

That said, Ueno-san acknowledges hospitality can be exhausting. “My ex-wife asked me why I was so quiet at home, when at my bars and she would see me talking all the time. I hate silence in bars – but when I get home, I want silence. I used to keep an aquarium, as watching water and the fish would relax me. I guess that because I relax during my personal time, I can turn it on when I’m working.”

He says, when it comes to this work-life harmony, “It’s quite hard to maintain a balance… you need an understanding partner. You may speak to beautiful customers all the time and your partner can’t be jealous, especially coupled with the late hours and going out all the time. You need absolute understanding, and it’s really difficult.” Ueno-san shares that sadly his father died the day before he was born, and so his mum raised him alone. “I guess I’m not really a family person,” he admits. “I couldn’t even fathom becoming a father myself – because of my upbringing, honestly, I’m very comfortable being alone!”

How to make kombucha and use it in your cocktails

The Bar Awards 2019 kicks off with public nominations for Bangkok