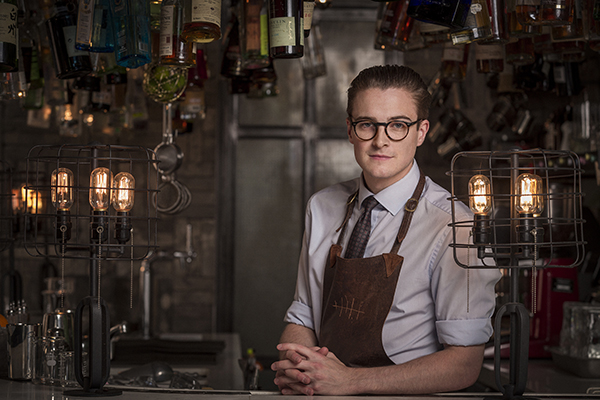 Exclusive: the award-winning Manchester man is going back to his roots. By Holly Graham.

Last week, Tippling Club’s head bartender Joe Schofield took to social media to reveal that he’d be leaving the decorated bar and restaurant after a two-and-a-half-year stint, to be replaced by Andy Loudon. “Andy has been one of the best bartenders in every city I’ve lived in, says Joe of his successor. “I knew him back home in Manchester at Socio Rehab, then when I was in London, he was at 69 Colbrooke Row and Satan’s Whiskers, and then went to Bar Americano in Melbourne when I was in Sydney. He comes from a good pedigree and wants to continue the Sensorium concept with chef Ryan Clift too.”

But what’s on the menu for Schofield? A couple of things. One he can’t reveal, but the other he can: “I’m opening a bar in Manchester with my brother in early 2019 called Schofield’s” – the brother being Daniel, who previously managed Coupette in London. “But don’t expect gummy bears, it won’t be too progressive.” Schofield says their bar will be based on community feel and serve classics. “Think Bloody Marys, Bellinis, Sazeracs, Gin Fizzes and the like. We’ll also have a small section of house drinks to give us the opportunity to be creative, plus a great wine list and beer and Guinness on draft, so there’s something for everybody.”

Schofield says of Manchester’s scene: “There’s a lot of passionate and talented people there and people from the north of England seem to have a natural sense of hospitality and are engaging. But the scene tends to be dominated by party and tiki bars, rather than bars serving great classics. The whole escapism thing helps when it rains every day!”

Decor-wise, the space will feature dark woods punctuated by dark blues and greens, with the bar’s branding also keeping it in the family. “Our great grandfather had a fire extinguisher rental company that’s over 100 years old, so we’re going to use the branding from that. Also, our grandfather was a painter, so we’ll hang some of his work up too. We want this bar to be passed down to our children and future generations of Schofields.”

But for now, though Schofield is no longer at Tippling Club, he’s still based in Singapore until September. “I’ve got lots of events and traveling to 22 countries from now until December, so it’s going to be pretty intense until Christmas.”