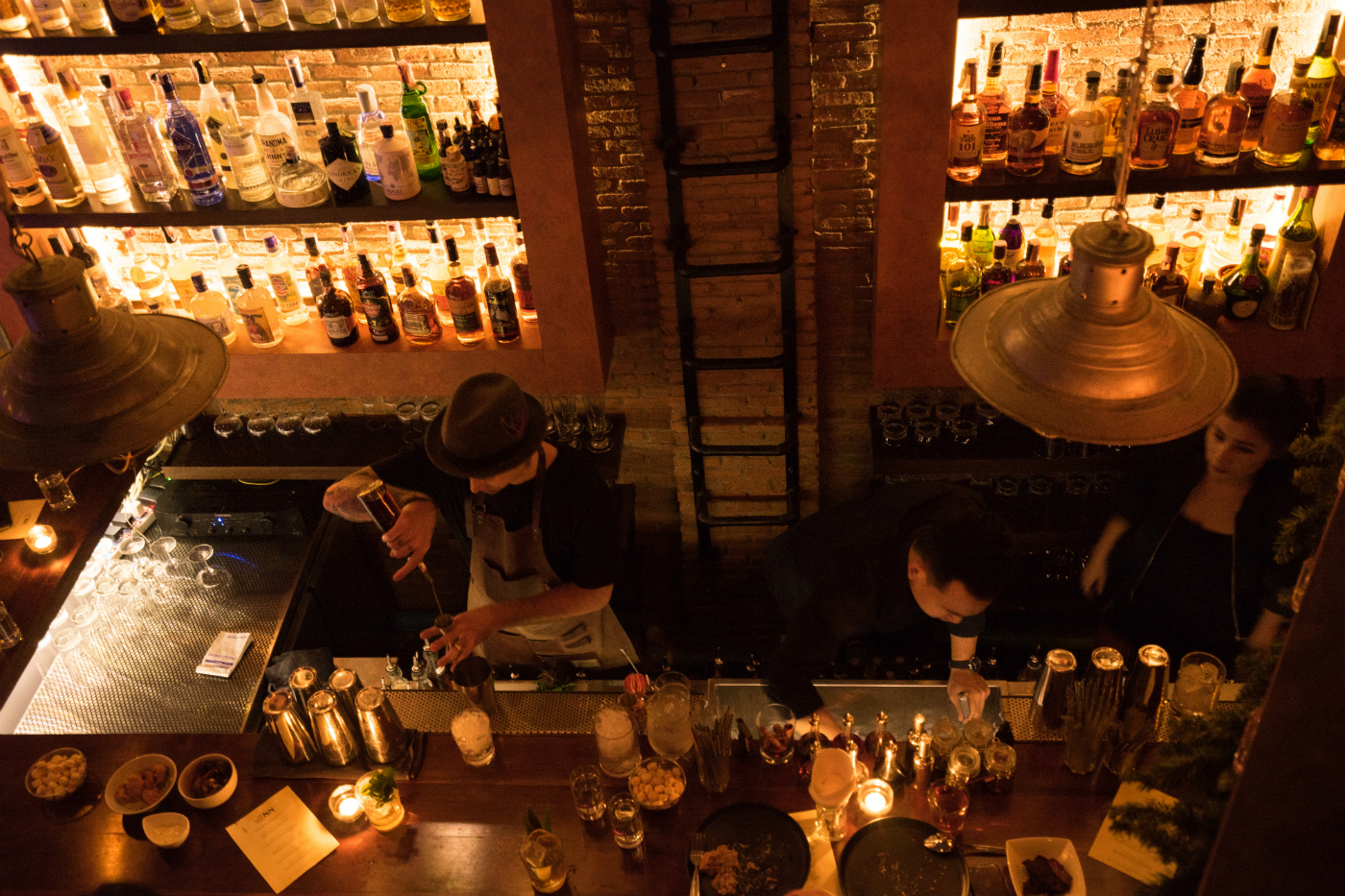 International and local bartenders take on a big challenge for a good cause. By Holly Graham.

On March 24, Bangkok newcomer The 88 has set itself the lofty challenge of making 1,000 whiskey sours, all in the name of charity and possibly setting a world record, inspired by Vasco’s (Singapore) 1,000 pisco sours challenge.

Starting from 5pm, entry will cost THB800, allowing guests to drink free-flow whiskey sours until the team hits the 1,000 mark. A percentage of the ticket money will be donated to Father Joe’s Mercy Centre, an organisation that offers sponsorship programs in the local community, with a mission aimed at improving lives and combating poverty by helping to keep young children in school.

“The response we got when we reached out to our industry friends was great,” says Eric Stephenson, co-founder of The 88. “We’re super excited to spend the night with a bunch of talented bartenders, shaking cocktails like maniacs, all in the name of charity! We’re using egg whites too, so having the extra hands on deck is going to be a necessity.”