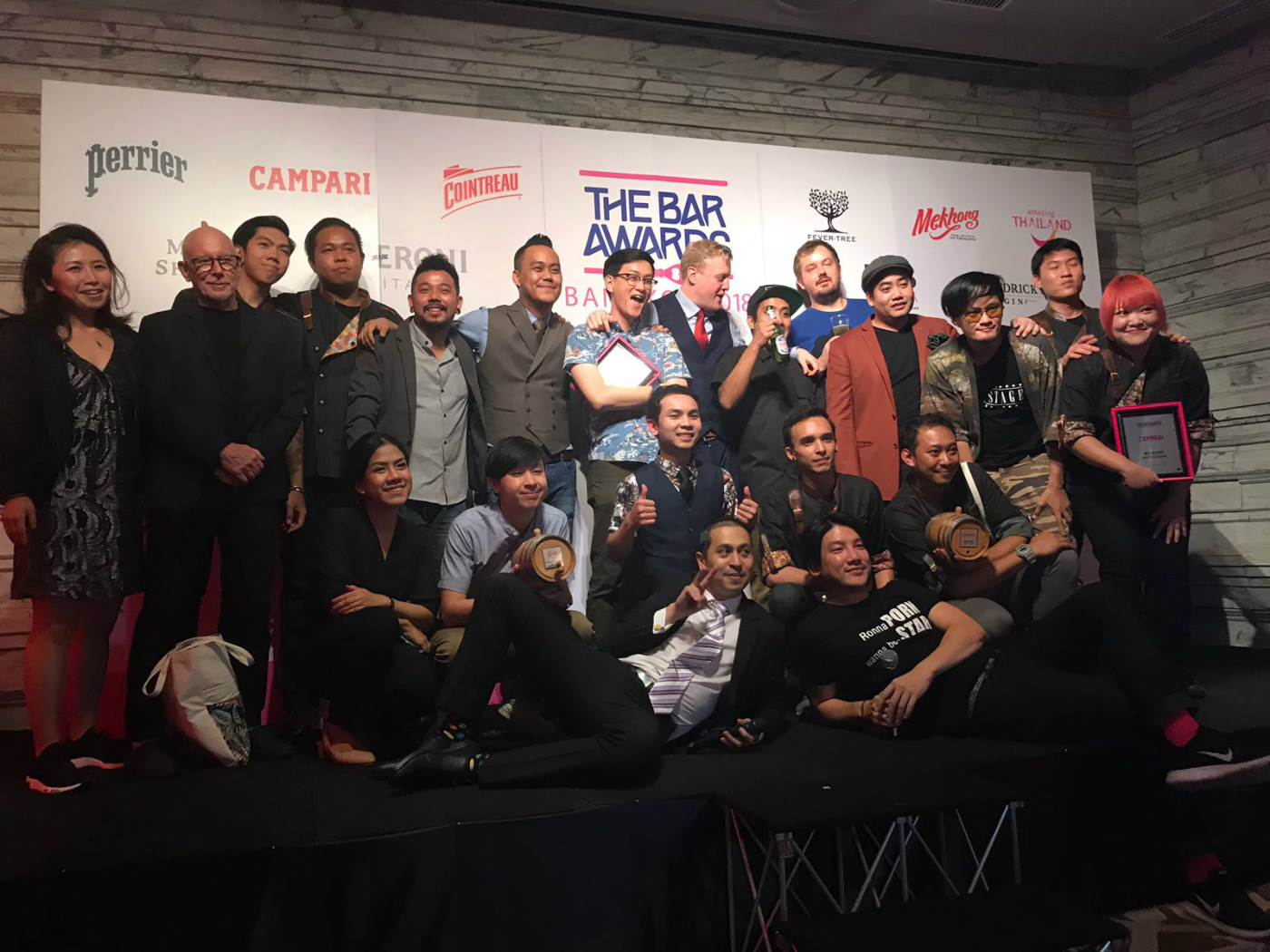 Bangkok has decided who takes the prizes at this year’s The Bar Awards. By Holly Graham.

Bangkok’s latest bar industry heroes have just been announced this evening at The Westin Grande Sukhumvit, with big wins going to The Bamboo Bar at the Mandarin Oriental, Eat Me and Rabbit Hole – claiming two awards each.

The Sunday night party celebrated the best of Bangkok’s bar talents and venues, giving them all-important recognition from their peers in the city. The Bamboo Bar scooped Best Hotel Bar as well as Best Bangkok Institution, and Rabbit Hole’s Noppasate “Depp” Hirunwathit claimed The Rising Star Award, with the venue also taking the coveted Bar of the Year prize. Eat Me’s Buntanes “Pop” Direkrittikul was named the Bartender of the Year and the restaurant also claimed the Best Restaurant Bar gong.

The two-month process in Bangkok was no different from the rest of The Bar Awards program across the region. A Lead Panel of industry leaders in the city picked the list of relevant categories in the city, before award nominations were opened up to the public. A wider city Panel of 44 industry members was then called upon to narrow the field down to Top 10s in each category, before the Lead Panel stepped back in to vote for the Top 4s and, finally, the winners.

Best Bangkok Institution, presented by Angostura
The Bamboo Bar at the Mandarin Oriental

Bartender of the Year, presented by Monkey Shoulder
Buntanes “Pop” Direkrittikul (Eat Me)

Bar of the Year, presented by Mekhong, The Spirit of Thailand
Rabbit Hole

The things bartenders do: When Arijit Bose and Jeremy Chua rode to the desert