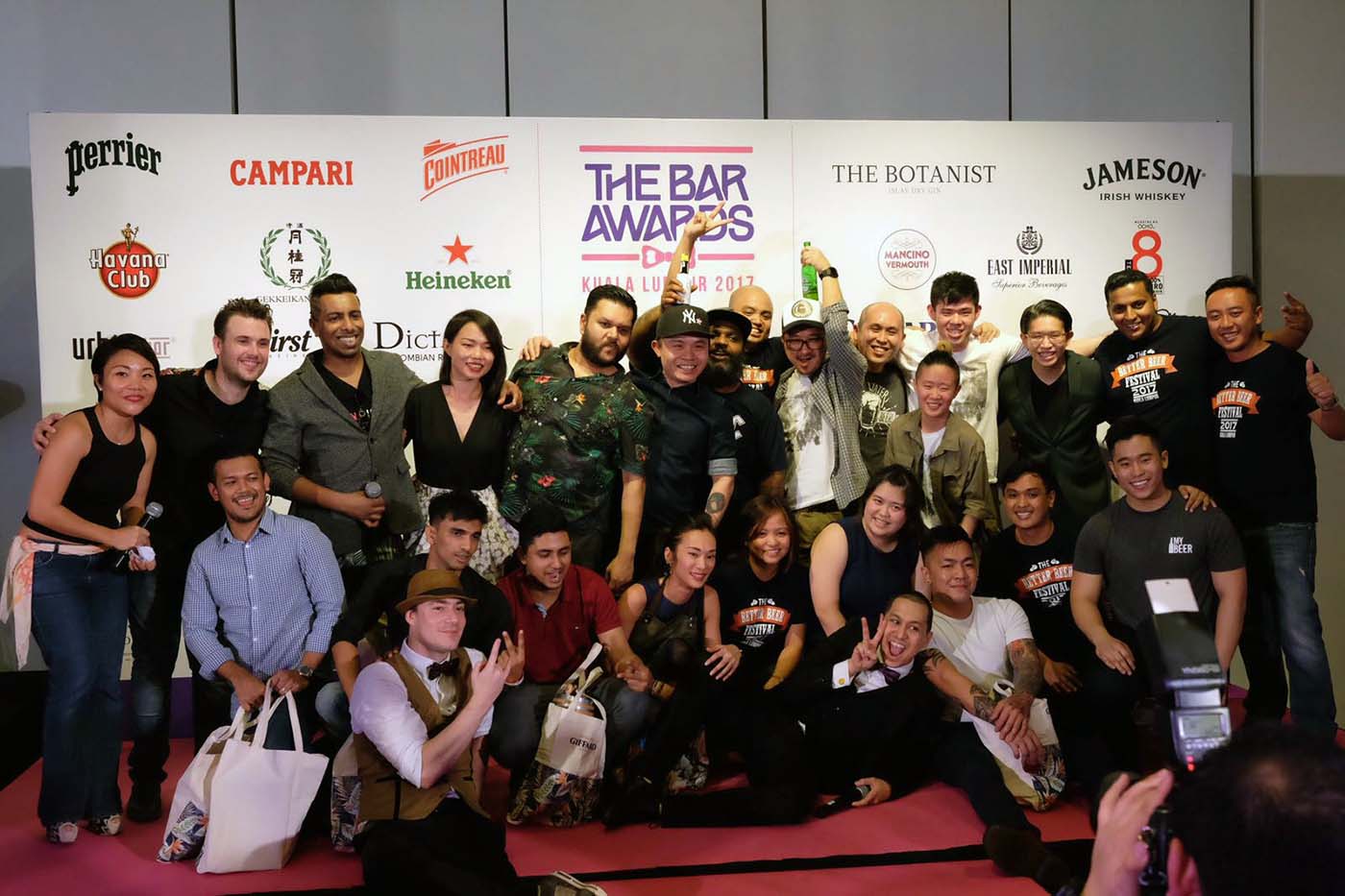 Meet the first ever champions of the bar scene in the Malaysian capital. By Natasha Hong.

Seven weeks after The Bar Awards made its debut in Kuala Lumpur, we have our heroes of the city’s f&b industry. The winners, announced at an industry party held at White Box (Publika) this evening, finally gave the city’s best talents and venues a chance to be recognised by the regional awards body.

The big winner here was Chee Kheong “CK” Kho, who went on stage to receive three awards. His first bar opening, Coley, took Best Hospitality Team and Best Cocktail Bar, and the man (who also owns gin bar Pahit) also walked away with an individual prize for Bartender of the Year.

The Ada Coleman Award, which recognises a member of the industry doing their part to encourage more females to join the trade went to the decorated owner of PS150, Angel Ng, whose bar was also shortlisted in a number of categories in the Top 4s. Other city stalwarts honoured for their work on the scene include Taps Beer Bar (Changkat), which brought craft beer to the masses in KL, and Omakase and Appreciate, a frequent entry on the Asia’s 50 Best list.

Also announced on the night was the victor of The Bar Awards’ first-ever Barback Games. The competition at Jack Rose ended yesterday evening with the announcement of the Top 4 – Abu Tayeb (PS150), Golam Kibria (Jack Rose), Hassan Ratul (The Sticky Wicket) and Ahmed Al Imran “Bossman” (Junglebird) – and Imran named Barback of the Year at tonight’s ceremony.

The two-month process here in Kuala Lumpur was no different from The Bar Awards in the region. It all began with a Lead Panel of industry leaders in the city picking a list of relevant categories in the city, before the awards’ NAVS (nomination and voting system) was opened to the public, then a wider city Panel of industry members called in to advocate and narrow down the field to the Top 10s, Top 4, and finally, the line-up of winners.

At a glance, here are this year’s Bar Awards Kuala Lumpur 2017 winners:

Most Creative Cocktail Bar, presented by Cointreau
Omakase and Appreciate

The evening was also special as it brought The Bar Awards’ expanded program in 2017 to a close. “We’re pretty proud of all our winners in KL and across Asia,” says Tron Young, editor of The Bar Awards. “We’ve met some amazing people, drank some spectacular cocktails, drunkenly stumbled home across so many cities. We can’t wait to make it all even bigger and better in 2018!”

To reminisce and look back on all the thrills and spills of the awards in Bangkok, Singapore, Hong Kong and Kuala Lumpur in 2017, see our Bar Awards mini-site here.