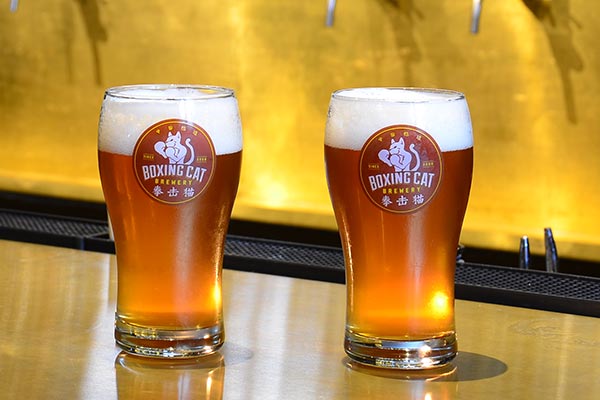 AB-INbev’s self-styled “disruptive growth organization” has followed its launch of China’s first ever Goose Island Brewhouse in Shanghai earlier this month with the reported takeover of the beer and pub brand launched by Kelley Lee and Lee Tseng in 2008, which is expected to include all brewing operations and their three bar-restaurants.

Both moves come after ZX Ventures opened the first of its new Kaiba Craft venues in Tianzifang, after acquiring the Belgian beer bar brand from founder Rudy Wimmer at the beginning of the year.

Kaiba Craft in Tianzifang, located below the existing Kaiba Huangpu outlet there, is the first step of their plan “to build Kaiba as a local China craft brand”, according to Jeya Ibrahim-Lecomte, brand experience marketing manager for ZX Ventures.

While the existing Kaiba flagship locations will continue as a more globalised beer experience – with draught, bottles and a full food menu – the pilot neighbourhood local focuses on local craft beers and making the sector “approachable and accessible”, said Ibrahim-Lecomte, adding that it will be the first of many in Shanghai.

Both moves follow hot on the heels of the first Goose Island Brewhouse in China, which opened on Maoming Bei Lu in Shanghai earlier in February, itself following on from outlets opening in Sao Paolo, Seoul and Monterrey since last December. Brazil, South Korea, Mexico and now China mark the first stages of an expansion that will soon take in London and Toronto.

Shanghai’s 220-seat, 30-tap Goose Island Brewhouse is spread over two floors and 1,200 sqm of restored shikumen, with an annual brewing capacity of 2500hl. The beer program – which will include collaborative, experimental and barrel-aged brews in addition to the brand’s signatures – is headed by Fraser Kennedy, once of Dr Beer in Shanghai, while the beer-influenced food menu comes courtesy of Chef Gabriel Rodriguez formerly of Alinea in Chicago.