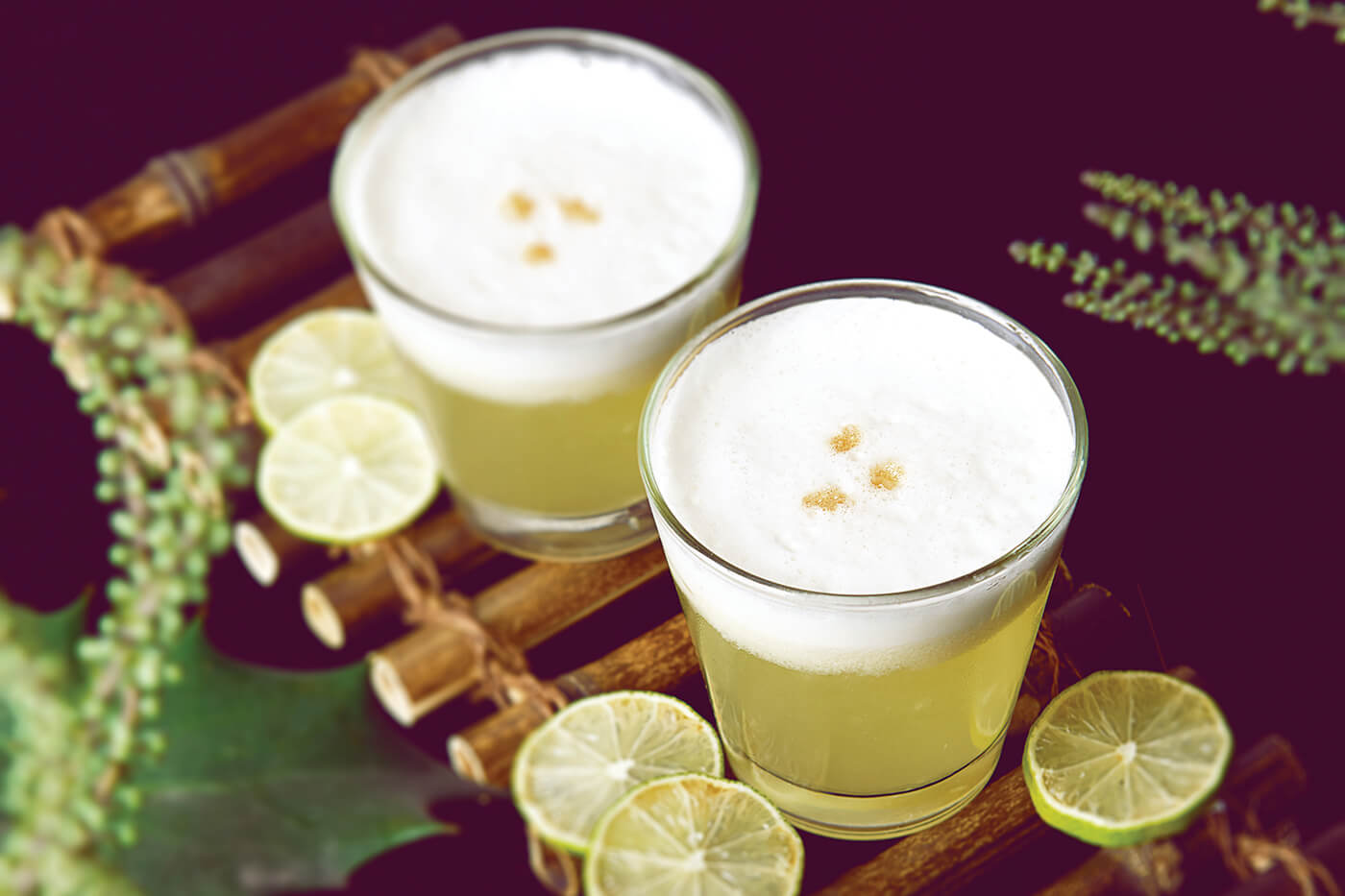 One of the most hotly contested classic cocktails in bar lore originated in a salon in Peru in the 1920s – or did it? By Seamus Harris.

The Pisco Sour’s creation myth sounds unlikely. A Mormon florist-turned-bartender skips Utah for Peru to work on the railways, then opens a bar that gifts his adopted home its national drink by tempering the local firewater with Yankee mixology. But the evidence supports the story.

Victor Vaughn Morris was born in 1873, the second of three sons in a prominent but unlucky Utah family. In 1899 Victor’s older brother was gunned down in a Salt Lake City saloon following a dispute involving a woman and a round of poorly made Mint Juleps – who knew Mormons could be such finicky drinkers? The trial filled the front pages until a controversial finale in which, despite an unarmed victim, the killer walked free claiming self-defence. The verdict marked the third time Morris saw a relative murdered without justice being served.

After the trial Morris left the family’s florist shop to his younger brother and decamped to Peru on the coattails of a speculative copper rush. Salt Lake City originated as a mining town, and a frenzy of citizen interest grew around a local syndicate investing in a railway to liberate copper deposits stranded in the Peruvian Andes. In 1903 Morris got a job right in the thick of things, at the offices of the Cerro de Pasco Railway. After a decade he retired to Lima, where in 1916 he opened the Morris Bar – site of the real action in this tale.

The Morris Bar is excellently documented despite a relatively brief life. The guest register survives to this day and documents many visits by prominent foreign and local personages. Apparently Morris’s riff on a Whisky Sour, many customers specifically praised the bar’s Pisco Sour, the earliest written references to a drink of this name. There are suggestions the recipe was evolving. One American visitor scribbled: “The Pisco Sours keep getting better every trip”. So even if Morris did not actually invent the Pisco Sour – as dubiously claimed by the Chileans – he undoubtedly refined and popularised the drink. In 1924, an advertisement (ironically appearing in a newspaper in the Chilean port of Valparaíso) said the bar “has been noted for many years for its ‘Pisco Sours’”. Incidentally, the bar was also noted for not serving Mint Juleps out of respect for Morris’s slain brother.

Chile’s claim to the Pisco Sour began a dispute with Peru that, much like the debate over the true origin of its base ingredient, remains a hot-button issue to this day

The exact date of the creation of the Pisco Sour is debated but some Peruvians believe local bartender, Mario Bruiget, perfected the drink sometime in the 1920s by adding egg white and bitters to Morris’s recipe. There is no evidence to support this. However, Peruvian researcher Guillermo Toro-Lira claims Morris accused four of his former bartenders of intellectual property theft after they took the Pisco Sour to nearby bars at the Hotel Bolivar, Hotel Lima County and, where Bruiget decamped after the closure of the Morris Bar in 1929, the Grand Hotel Maury.

Of course, Chile also claims the Pisco Sour. Although widely discredited, Chilean historian Oreste Plath maintains that credit for the cocktail belongs to Elliott Stubb, an English steward of the ship Sunshine. According to Plath, an 1872 newspaper article published in El Comercio de Iquique suggests Stubb disembarked at the Chilean port of Iquique that year and invented the Pisco Sour at a local bar. However, Peruvian researcher Toro-Lira correctly points out that Stubb in fact claimed credit for the Whisky Sour – not its Pisco variant. The newspaper quoted Stubb as follows: “From now on… this shall be my drink of battle, my favourite drink, and it shall be named Whisky Sour”.

In any case, the events in question occurred before the War of the Pacific, a time when Iquique was still part of Peru, not Chile. Nevertheless, Plathe’s claim, however dubious, provided fuel for an ongoing dispute regarding the origin of the Pisco Sour between Peru and Chile that, much like the debate over the origin of its base ingredient, remains a hot-button issue to this day. As for Morris, despite his Mormon roots he passed away from cirrhosis of the liver in 1929. The price he paid for inventing the perfect cocktail? You decide.