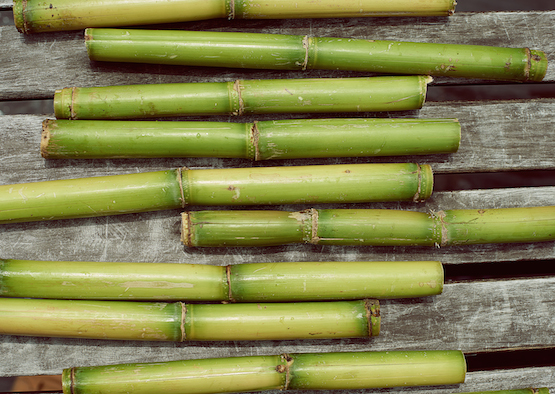 Here are ten things every bartender needs to know about cachaça. By Phil Gomes.

1. First, learn how to pronounce it.
This is, of course, the most important part: it’s pronounced “kuh-SHAH-suh”. The cedilla – that’s the third “c” with the tail beneath it – carries an “s” sound, which keeps it from becoming “kuh-SHAH-kuh”. Sure, you’ll still say it like a “gringo” – the Brazilian word for foreigners – but you’ll still save yourself a world of embarrassment if you can say it even close to right.

2. It’s not rum!
Often described as “Brazilian rum”, cachaça actually pre-dates rum by about a century. But the differences don’t stop there. Generally speaking, rum is distilled from molasses, the thick by-product of the sugar-refining process. Cachaça, conversely, is the result of distilling fresh-crushed sugarcane juice. As a result, some incorrectly assume a lineage with rhum agricole from the West Indies. But cachaça is subject to strict appellation controls: it must be made in Brazil, be distilled from fresh sugarcane juice, and have between 38 and 48 per cent alcohol by volume.

As a regulatory concession to large industrial cachaça brands, producers are allowed to add up to six grams of sugar per litre of distillate (but consider any addition of sugar to be a sign of a very poor product). After some legal tussling, the US officially recognised cachaça as a distinct distilled spirit from Brazil in 2012 – vital recognition in the world’s biggest spirit market.

3. Like any category, there are the good, bad and ugly.
The early experiences many drinkers had with cachaça reflect the same challenges that tequila faced on the road to spirit superstardom. The first cachaças to come out of Brazil by way of export were cheap, rough, astringent, and guaranteed to deliver a fútbol-stadium-sized hangover. Fortunately, this is changing thanks to a proliferation of small distillers and even a few major brands that are taking the craft to new heights. Cachaça is principally produced in two ways: industrial and artisanal. The former is a process that’s optimised for volume (and often leaves many impurities). The latter, as you can guess, is distilled in small batches, typically within copper-pot stills. Industrial cachaças are usually un-aged while artisanal cachaças can either be un-aged or rest in barrels for one to several years.

4. Maturation isn’t standardised.
One of the great pleasures of exploring cachaça lies in tasting the rich varieties that are available. For day-to-day mixing, clear or lightly aged cachaças are ideal. For a more luxe, sipping experience, try cachaças that have been aged in various woods. Some of these woods are common (such as old oak) and can give a very familiar whisky-like profile. Other woods are more exotic: grappia, umburana, amendouim, ipê, and jequitibá rosa are all woods used for maturation, allowing for significant diversity of profiles across the category.

5. Despite what you read, cachaça shouldn’t smell like gas.
Perhaps not wanting to appear unworldly, even some experienced spirits reviewers describe the more unsavory aspects of bad cachaças as either an unavoidable characteristic of the category or actually desirable. If you smell rubbing alcohol, gasoline or otherwise petroleum-like odours, refuse the product. If it tastes too sweet – not quite liqueur-sweet but cloying nevertheless – chances are that sugar has been added to the distillate and the maker is attempting to cover up a multitude of sins.

6. Master the Caipirinha – your guests will thank you for it.
Roughly translated as “country bumpkin” or “little hillbilly,” the caipirinha (pron. “kai-purr-EEN-yuh”) is the traditional cocktail preparation for cachaça and the national cocktail of Brazil. This is one drink that should definitely be a part of any bartender’s off-the-cuff repertoire. The traditional Caipirinha is prepared with lime wedges, granulated sugar, and cachaça, muddled together, shaken with ice and dirty-poured. Some bars will use fresh-squeezed lime juice and simple syrup for a cleaner-looking preparation. I find you miss the rich flavour of the oils from the lime skin that you extract by muddling, but this is an option for bars where patrons aren’t likely to enjoy seeing a lot of pulp in their drinks. The Caipirinha is easy to learn but hard to master. So here are some pro tips: for the perfect traditional caipirinha, get a sharp knife, cut a centimeter off the top and bottom of your lime, cut the lime in half, and try to remove as much of the pith from the center of the lime as you can before slicing into wedges. This will cut down on any potential bitterness. Also, don’t refrigerate your limes, as this tends to make them taut and harder to extract. You’ll also want to make sure that you pick a nice white cachaça, preferably one that has been rested in stainless steel or has spent just a little bit of time in a wooden barrel. These tend to be cachaças with very “bright” flavours that work well in a Caipirinha.

7. The Caipirinha is as malleable as the Mojito.
When you think about it, the Caipirinha has three simple variables: fruit, sweetener, and booze. In many ways, it represents a perfect platform for cocktail experimentation. Switch out the lime and sugar – never the cachaça, though – and you can come up with any number of signature Caipirinhas. In Brazil, it’s not unusual to have a Caipirinha featuring passion fruit, mangos, strawberries or even cashew fruit instead of the traditional lime.

A good trick is to use agave syrup instead of sugar for a slightly more earthy taste or experiment with homemade simple syrups infused with chai, cloves, star anise, serrano peppers, green tea, or other flavours. Cachaça with chai syrup and muddled tangerines, topped with blackberries, is a sure crowd pleaser, particularly in the autumn months. My “Bad Rooster” Caipirinha features sriracha-infused syrup and lime juice for a really beautiful-looking drink that leaves a pleasant tingle on the lips. For a brunch cocktail, I created the Cachaçaccino, replacing the fruit with whole milk, shaking with ice, sugar, and cachaça; topping the post-pour foam with nutmeg (no coffee, though, despite the name.)

8. Get to know the Batida.
While the Caipirinha gets the most attention as the iconic Brazilian cocktail, the Batida (pron. “bah-CHEE-duh”) should be explored more fully by bartenders everywhere. I’m surprised more bartenders don’t know about it. Or maybe they do, but they’re repulsed by the idea of using a blender. Just take fruit, ice, condensed milk, and cachaça, throw it all into a blender, pour and serve. Like the Caipirinha, the flavour possibilities and combinations are pretty much endless.

9. Global prestige isn’t easy.
Marketers do face significant challenges. For one thing, cachaça is a declining category in its own country, sliding in consumption over the last five years in Brazil as vodka and whisky posted gains according to a report by International Wine & Spirit Research. Brazil, like lots of Asia, has experienced a dramatic growth of its middle class while trade has become more liberalised. This means that Brazilians now have a lot more choices with their booze money and are experimenting with other spirits. Today, it’s not uncommon for a generation of Brazilians to consider a Caipiroska (a vodka Caipirinha) as an “upgrade” from the original. Observers say there’s no cause for alarm, though: the decline in volume will largely impact the segment of low-quality, engine-cleaner-grade cachaças that make up the overwhelming majority of domestic consumption.

In fact, it’s thought the arrival of imported spirits will energise the category as the market begins to favour cachaças that are every bit as carefully crafted – or, at least, well-marketed – as premium vodka, whisky and tequila from overseas.

10. Big players have taken notice.
Gruppo Campari acquired cachaça brand Sagatiba in 2011 for ¥150 million. Diageo, the world’s biggest spirits brand, bought cachaça giant Ypióca in 2012 for ¥3 billion. Few doubt that Diageo’s primary concern was about acquiring existing sales channels of an established brand in one of the fastest rising economies in the world. But others are more optimistic and reckon that big, international companies can give the category the global leverage it needs as domestic consumption falls. Perversely, then, the key to cachaça’s success in a newly affluent Brazil is in the international markets. Hopes are that global markets will embrace cachaça in the same way as they have tequila.

33 ways to win a cocktail competition