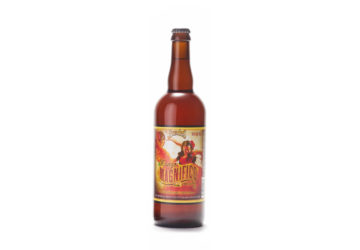 Products
July 24, 2017
What is it? American brewers Founders have form for fruit beers: their Rubaeus is held as one of the best commercial examples. This mango and habanero number was the first of last year’s experimental Backstage Series, and was back by public demand after an earlier incarnation featured in the 2013 Backstage Series. How does it […]
DRiNK Magazine July 24, 2017