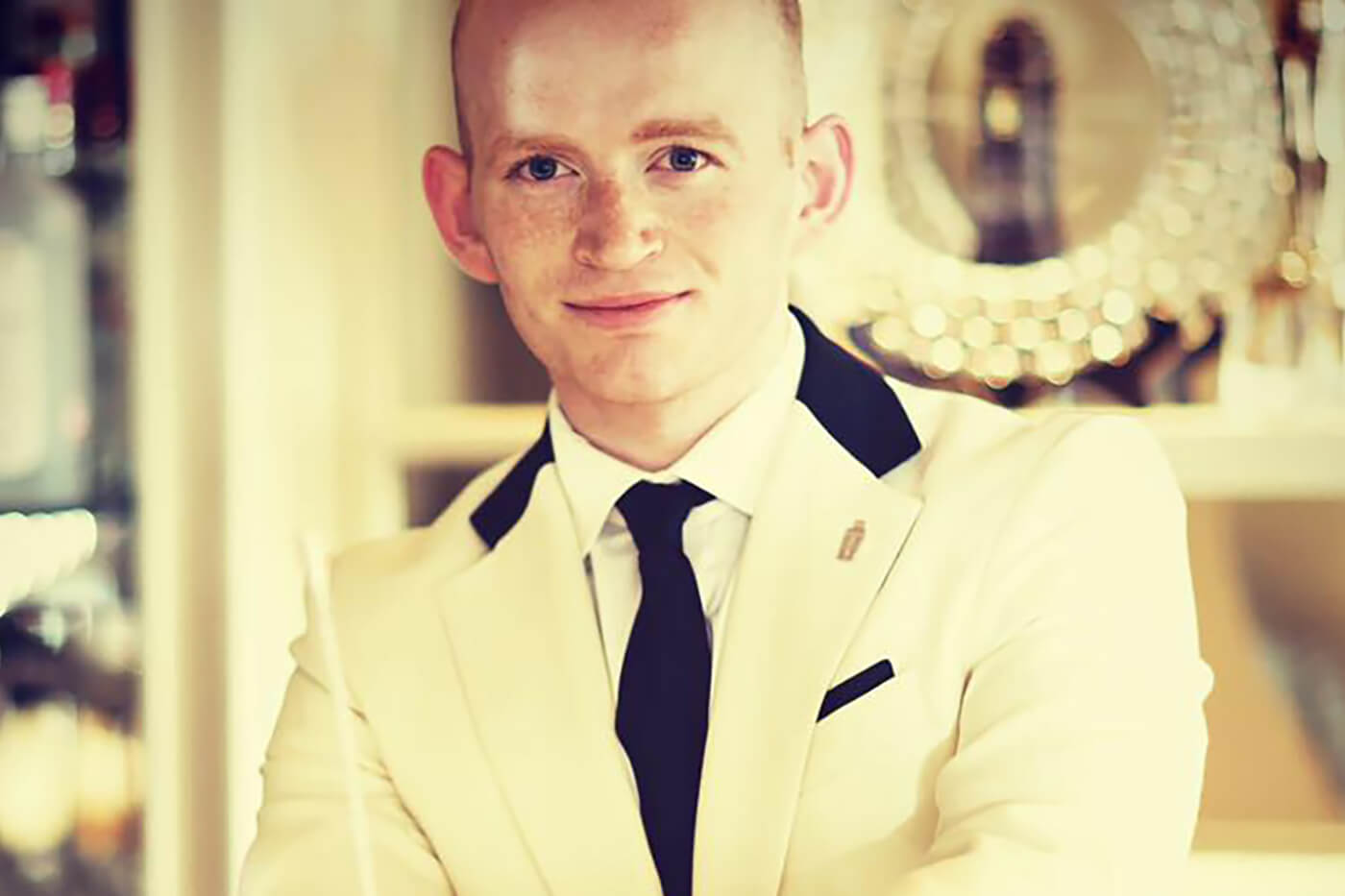 In town for a guest bar shift at Tippling Club with ex-colleague Joe Schofield, we speak to Dominic Whisson on working at one of the best bars in the world, developing a style of drinkmaking and how he got his start by ordering a Martini.

You’re from North Yorkshire – how did you end up being a part of the London bar scene?
Being a part of the food and drink scene was inevitable because my parents owned a restaurant in my hometown of Whitby. When in London on a family visit, I went into the London Cocktail Club, sat down and ordered a Martini. The bartender asked me, “Are you looking for a job?” And the rest, as they say, is history.

You’re working at one of the consistently top-ranked bars in the world. Do you feel the pressure, and if so, how do you deal with it?
Every day brings a new challenge, in and outside of the bar. Ultimately, getting awards is great and we work hard for them, but the most important thing is our guests and getting them to believe in us. The pressure we feel never comes from awards, and it never should. We just go into work every day and try our best to give guests the best experience possible.

You’ve worked in a few bars in London. What have each of them added to your style of bartending?
My first job in London was in a high volume bar and this was my first exposure to making cocktails 99 per cent of the time. It was there that I first experienced training from a mentor, and it was one of the most important steps in my career. Later, I moved to a place called Match Bar, which was also very big. It was famed for its training program, created by some of the most important people in our industry. That was where I learned the bigger picture of bartending. It’s not just about knowing a classic cocktail, it’s about every detail. You need to know where your bottled water is from, the grape varieties in the wine and the different styles of beers you offer.

And what has The American Bar, particular, added to your personal development as a bartender?
After almost four years in the same bar, you learn a lot. Service is the most important aspect of any experience for me and that’s something I’ve focused on a lot at the American Bar.

Tell us about your upcoming trip to Singapore. Has it been a challenge getting things down for the cocktails you plan to serve at the event?
At the moment, Singapore doesn’t import all of the items we do in the UK. Part of the experience is offering a selection of drinks from our current menu, so trying to make that work hasn’t been easy. Still, I’m looking forward to bringing the flavours of the American Bar to Singapore and seeing how guests respond to our cocktails.

Are any of the drinks that you’ll be bringing designed by you?
I will have a couple of my creations on the menu, but the selection will extend to drinks other than my own. The drinks that I have put on the menu best express the American Bar’s style.

Where do you see yourself in five years?
I see myself celebrating 9 years at the American Bar, or an anniversary at my own bar.

Catch Dominic Whisson at his Once Upon a Time at The Savoy guest shift at Tippling Club on February 28, 7pm. Dinner with five plates and five paired cocktails are priced at S$155 a head.