Get to Know the Tonka Bean 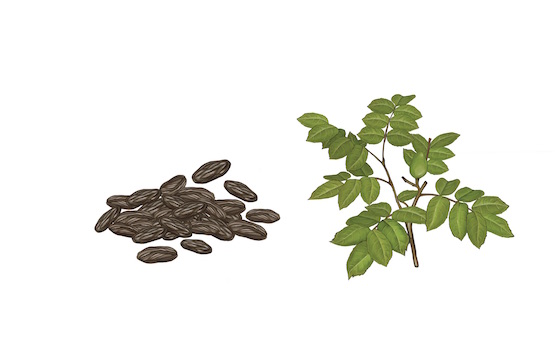 An ingredient from the tropical Americas is also an occult love-wishing amulet, an illegal drug and a heavenly scented super seed. By Colin Peebles Christensen.

Carry a whole bean in your pocket for seven days. Call out your wish and throw the bean over your shoulder into running water. Don’t look back. Then love will follow. Or so say Hoodoo believers, who have embraced the tonka bean for its alleged magical powers and for its ability to channel romantic desires through love spells. Some – usually those less versed in Afro-American folk beliefs – also claim that the beans are vehicles to wealth and financial success. If the myth is intoxicating, the reality is just as potent. Many outside of the world of occultism are equally besotted with this wrinkled legume. Its appearance, nothing to turn heads, mimics a raisin on growth hormones. But its scent is often described as nothing less than otherworldly. Chefs especially, and bartenders not far from the kitchen, tend to wax poetic about the bean’s hypnotic aromas of vanilla, almond, clove, cinnamon and tobacco – and sometimes cocoa, bitter cherry, liquorice and coconut. And even here, in the realm of food and drink, not superstition, the tonka bean still carries a reputation for danger, toxicity and illegality.

In 2006, Michelin-starred Alinea in Chicago was hit by the police and forced to hand over the contents of their spice cabinet in a notorious tonka bust. The US Food and Drug Administration (FDA) first slapped the bean – the seed of the dipteryx odorata, or cumaru tree, a plant in the pea family native to Central and South America, otherwise prized for its hardy teak-like wood – on a blacklist in 1954 due to its high coumarin content, after experiments on rats concluded that coumarin was a blood thinner, harmful to liver and kidneys and therefore unfit for human consumption. It’s been outlawed ever since. Coincidentally, however, coumarin is highly prized in the perfume industry for its warm, cascading scents and it is frequently found in tobacco as a flavouring agent. Many contest its dangers, however. Strawberries and cherries contain coumarin, too, as does Chinese cassia cinnamon – where it is found in especially high doses. They can argue that poisons are everywhere: nutmeg contains the psychoactive myristicin, rice harbours arsenic, and apple seeds, apricot stones and bamboo shoots all contain traces of cyanide, a go-to for Shakespearean suicides. Outside of the US, luckily, the bean remains legal, and Michelin-starred chefs have embraced it. In France, the obsession has even given rise to what has been dubbed fievre tonka or tonka fever – a play on feve, the French word for bean. Now bartenders, brewers and spirit producers are catching on, too.

“Tonka bean scores ten out of ten for the scents that it gives off,” says Katie Ingram, head bartender at L’Abattoir, a restaurant in Vancouver. “It smells like turbo vanilla and molasses. But also cinnamon and Coca-Cola.” The restaurant adds grated tonka to rum, vermouth, bitters and creme fraiche in a cocktail named Full Moon. “Shaving the beans on top as a garnish is next level,” she says. “You could also crush the bean and simmer it at very low temperatures in water and sugar to make a tonka bean syrup.”

Hawksworth Restaurant, also in Vancouver, combines tonka with serrano-infused mezcal, alongside creme de cacao, lemon juice and agave syrup in their Ancient Ruin. Worldwide, yet more venues are experimenting with the bean. Culinary cocktail space A21 in Helsinki marries tonka and rooibos. In Hong Kong, The Continental hotel infuses it into dark rum, which is then mixed with Picon, Swedish punsch and cream for their Lethal Incarnation. And – shhhh – even in Seattle, where it remains illegal, scene-leading bar Canon highlights the bean in the Game of Thrones-inspired Khaleesi Cocktail, made with rye, bourbon, Punt e Mes, strawberry, tonka bean and dragon’s blood smoke, and as a syrup with truffle-infused cognac in their famed Truffle Old Fashioned. “For the Khaleesi we use tonka bean oil as well as dragon’s blood oil and blend it with white strawberry tea,” says Jamie Boudreau, Canon’s proprietor. “We then use this ‘damp’ tea in a smoking gun and smoke it to impart the aromas of dragon’s blood tempered by the sweetness of the tonka bean.”

A string of breweries are tuning in too. In Stavanger, a city on Norway’s windswept western coast, Lervig Aktiebryggeri adds tonka to vanilla and cocoa to create the 3 Bean Stout. Further south in Cumbria, northern England, Hawkshead Brewery base their imperial porter on a cocoa-tonka combo. “Opening a fresh delivery of tonka beans I get an overwhelming smell of marzipan, vanilla and almonds,” says Hawkshead master brewer Matt Clarke. “These flavours are further multiplied when added to the beer, bringing about an endless list of aromas and flavours.” A small amount goes a long way, though. “We only use about 80 grams of roughly chopped tonka beans in 1,000 litres of beer. In the dessert world, the shavings of a single bean are enough for 80 plates. But at least 30 entire tonka beans would need to be eaten to approach levels reported as toxic.”

Bean believers, increasing in numbers, are falling for its culinary witchcraft. And for those who dare be seduced, the tonka offers something out of the ordinary. Embrace the bean – and don’t look back.

Using these ingredients? Then your cocktail could be toxic 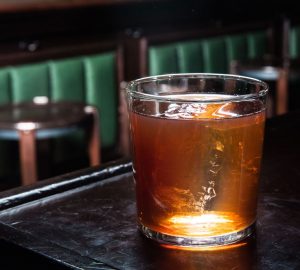 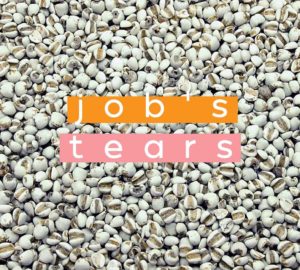 Here’s what you need to know about Job’s Tears 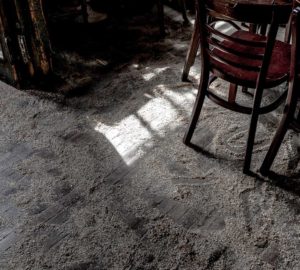 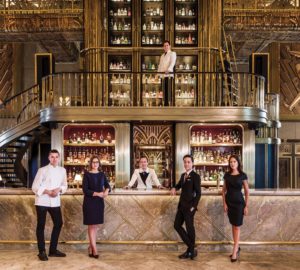 Get to know: The Jack Rose

Write for us: DRiNK is accepting contributor commissions